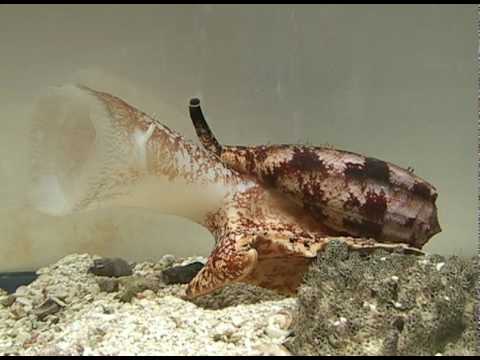 University of Utah researchers have found that the structure of an insulin molecule produced by predatory cone snails may be an improvement over current fast-acting therapeutic insulin. The finding suggests that the cone snail insulin, produced by the snails to stun their prey, could begin working in as few as five minutes, compared with 15 minutes for the fastest-acting insulin currently available. Biologist Helena Safavi, co-author on a paper describing the cone snail insulin published online on September 12, 2016 in Nature Structural & Molecular Biology, says that studying complex venom cocktails can open doors to new drug discoveries. The article is titled “A Minimized Human Insulin-Receptor-Binding Motif Revealed in a Conus geographus Venom Insulin.” "You look at what venoms animals make to affect the physiology of their prey, and you use that as a starting point," she says. "You can get new ideas from venoms. To have something that has already been evolved -- that's a huge advantage." Along with colleagues from Australia, Utah biochemists Danny Chou and Maria Disotuar, and biologists Joanna Gajewiak and Baldomero Olivera contributed to the study. Human insulin is a hormone that is produced in the pancreas and secreted to aid in the body's uptake of glucose. The insulin molecule consists of an "A" region and a "B" region. Diabetes mellitus disorders arise from impairment of the body's normal production of insulin. The most effective treatment for diabetes is injection of synthetic insulin. But a part of the B region causes insulin molecules to stick together and form aggregations of six insulin molecules. It's how insulin is stored in the pancreas. But injected insulin must de-aggregate into individual molecules before doing a person any good - and that process can take up to an hour.
Login Or Register To Read Full Story
Login Register