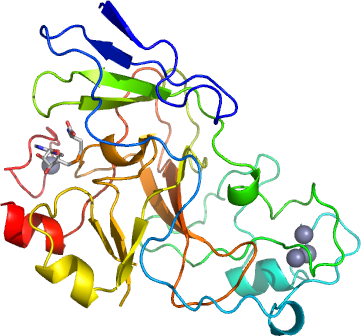 Drugs capable of activating silenced genes improve survival and growth outcomes in a mouse model of Prader-Willi syndrome (PWS), a rare and incurable childhood disease, according to a study funded by the National Institutes of Health (NIH). PWS occurs in 1 in every 15,000 to 25,000 live births, equally affecting boys and girls. The genetic disorder can lead to life-threatening obesity in children. It also can cause physical, intellectual, behavioral and psychiatric symptoms. Genetic information passes to a child in a pair of chromosomes--one from the father and one from the mother. PWS is caused by genetic changes along a section of chromosome 15 called the Prader-Willi critical region. Under normal circumstances, genes in this region are inactive, or silenced, on maternal chromosome 15 but active on paternal chromosome 15. In PWS, however, the critical region on the paternal chromosome either is inactive or missing. Infants with PWS fail to thrive and have altered metabolisms and trouble feeding. However, as they get older, they become compulsive overeaters. In the study, researchers found two drugs, called UNC0638 and UNC0642, capable of activating maternal PWS genes in cells from a patient. They targeted maternal genes because, unlike paternal genes, they are consistently available in PWS patients. The study team then tested UNC0642, which had more favorable pharmacological features, in a mouse model of PWS. These mice grow poorly, like infants with PWS, and do not survive. The experimental drug activated maternal PWS genes, and the treated mice had better growth and weight gain than untreated mice, with 15 percent surviving to adulthood without serious side effects.
Login Or Register To Read Full Story
Login Register