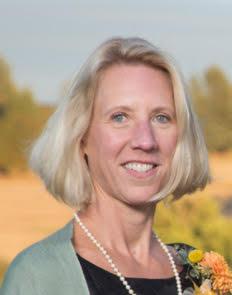 A potential new immune-based therapy to treat pre-cancers in the cervix completely eliminated both the lesion and the underlying HPV infection in a third of women enrolled in a clinical trial. The shot, a therapeutic vaccine, injects genes for three specific proteins that trigger an immune system response to attack high-risk human papilloma virus (HPV) types that cause nearly all cervical cancer precursors, known as cervical intraepithelial neoplasia (CIN). "There are very few products trying to cure women who already have an HPV infection," says Diane Harper (photo), MD, MPH, MS, Professor of Family Medicine and Obstetrics and Gynecology at Michigan Medicine. "It's very exciting. This is the first time we've seen something with this success rate that is relatively easy to implement." Cervical precancerous lesions are divided into three grades of severity: CIN 1 lesions generally clear up on their own; CIN 2 lesions often clear up on their own, but can also progress to CIN 3 lesions; CIN 3 is the most severe--it's a very slow-growing disease, though, with less than half of CIN 3 lesions becoming cancer within 30 years. "But we have no way to determine which women with CIN 3 will progress to cancer and which women will not. So, we treat all women with CIN 2 or 3 as if they are likely to develop cancer," Dr. Harper says. The study enrolled 192 women diagnosed with CIN2 or CIN3, randomizing 129 to receive the vaccine and 63 to receive a placebo. Women were given three shots in their thigh, one per week for three weeks. Six months later, the women were treated with standard surgical procedures for CIN 2/3 and the removed tissue was examined.
Login Or Register To Read Full Story
Login Register