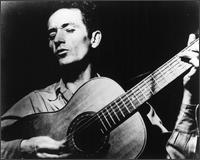 The experimental drug dimebon (latrepirdine), being developed for patients with Alzheimer's disease and long used as a hay fever treatment in the former Soviet Union, appears well tolerated and may improve cognition (thinking, learning, memory skills) among individuals with Huntington's disease, according to results of an early-stage clinical trial. "This is the first clinical trial that has focused on what is perhaps the most disabling aspect of the disease," said University of Rochester Medical Center neurologist Dr. Karl Kieburtz, the lead author of the study. "While more investigation needs to be done, these results are encouraging and show, for the first time, a statistically significant benefit in terms of improved cognitive function in patients with Huntington's disease." The dominantly inherited genetic disease, which killed famous American folk singer Woody Guthrie, is a progressive neurodegenerative disorder that impacts movement, behavior, and cognition, and generally results in death within 20 years of the disease's onset. The disease steadily erodes a person's memory and his/her ability to think and learn. Over time, this cognitive impairment contributes to the loss of the ability to work and perform the activities of daily life. There are no treatments currently available that effectively alter the course of the disease or improve cognition. The only approved therapy for Huntington's disease, tetrabenazine, treats only motor symptoms and does not alter the course of the disease or prevent cognitive decline. Abnormalities in mitochondria have been implicated in the development of Huntington's disease and dimebon stabilizes and improves mitochondrial function.
Login Or Register To Read Full Story
Login Register