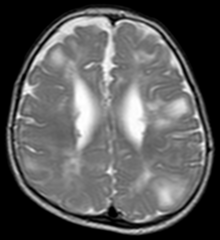 Dr. Magdalena Karbowiscek, of Texas Tech University Health Science Center, and colleagues from Brigham and Women’s Hospital and Harvard Medical School, and the Fox Chase Cancer Center, report that extracellular vesicles such as exosomes derived from tuberous sclerosis 1 (Tsc1)-null cells (i.e., cells lacking the Tsc1 gene) transform the phenotypes of neighboring wild-type cells in vivo in such a way that these cells become functionally similar to Tsc1-null cells. The researchers noted that loss of Tsc1 in the mouse neural tube increases the number of the wild-type neuronal progenitors, which is followed by the precocious and transient acceleration of neuronal differentiation of these cells. The group’s experiments indicated that the mechanisms regulating these changes involve the exosomal delivery of exosomal shuttle Notch1 and Rheb esRNA and component of γ-secretase complex presenilin 1 from Tsc1-null cells to wild-type cells leading to the activation of Notch and Rheb signaling in the recipient cells. The scientists expressed their belief that these exosome-mediated mechanisms may also operate in the cells of angiomyolipoma (AML), which develops as a result of mutations in TSC1/TSC2 genes in TSC patients. They reached this conclusion because they observed the reactivation of mammalian target of rapamycin and Notch pathways, driven by the delivery of Rheb and Notch1 esRNA, in AML cells depleted of Rheb that were treated with the exosomes purified from AML cells with the constitutively high Rheb levels. The scientist pointed out that functions of extracellular vesicles including exosomes in the pathogenesis of tuberous sclerosis complex (TSC) had not previously been studied. This new report was published online on October 5, 2015 in the journal Oncogene.
Login Or Register To Read Full Story
Login Register