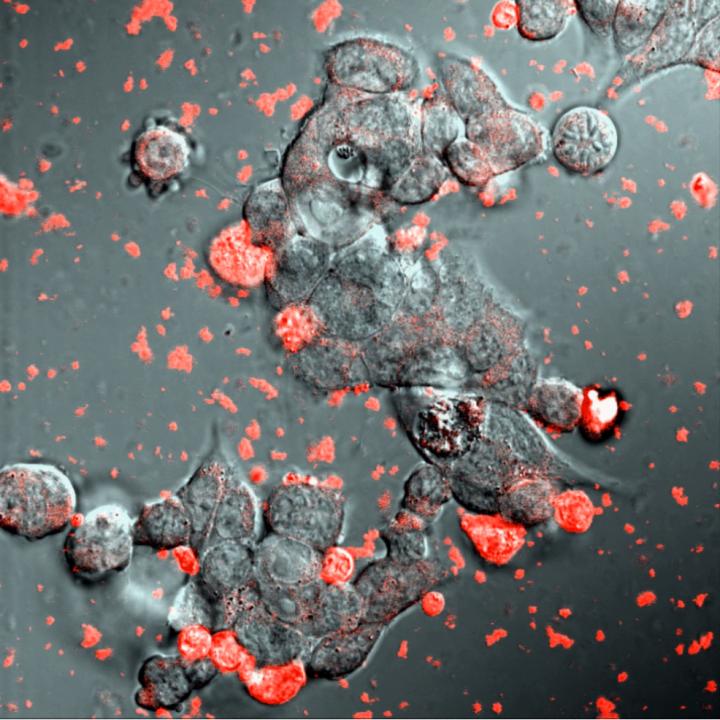 Researchers at the University of North Carolina (UNC) at Chapel Hill have shown, in in vitro and animal models of Parkinson’s disease (PD) that exosomes -- tiny bubbles of protein and fat produced naturally by cells and which can carry a variety of molecular cargo—can be used to bypass the body's defenses and deliver a potent anti-oxidant directly to the brain for the potential treatment of PD. And what's the best way of getting the drug-packed exosomes to the brain? It looks like a simple nasal spray will do the trick, say Dr. Elena Batrakova and her colleagues at the University of North Carolina (UNC) Eshelman School of Pharmacy's Center for Nanotechnology in Drug Delivery. Dr. Batrakova and her colleagues extracted exosomes from immune cells and successfully loaded them with the enzyme catalase, a potent anti-oxidant that counters the neuron-killing inflammation responsible for Parkinson's and other degenerative neurological disorders. Their work has been published online in the Journal of Controlled Release in an article titled “Exosomes As Drug Delivery Vehicles for Parkinson's Disease Therapy,” and this article will also be published in the June 10, 2015 print issue of that journal. The scientists showed that exosomes loaded with catalase (ExoCAT) were readily taken up by neuronal cells in vitro. A considerable number of exosomes were detected in PD mouse brain following intranasal administration. ExoCAT administration provided significant neuroprotective effects in in vitro and in vivo models of PD. The scientists concluded that, overall, exosome-based catalase formulations have a potential to be a versatile strategy to treat inflammatory and neurodegenerative disorders. This is believed to be the first time a large therapeutic protein like catalase has been delivered to the brain using exosomes.
Login Or Register To Read Full Story
Login Register