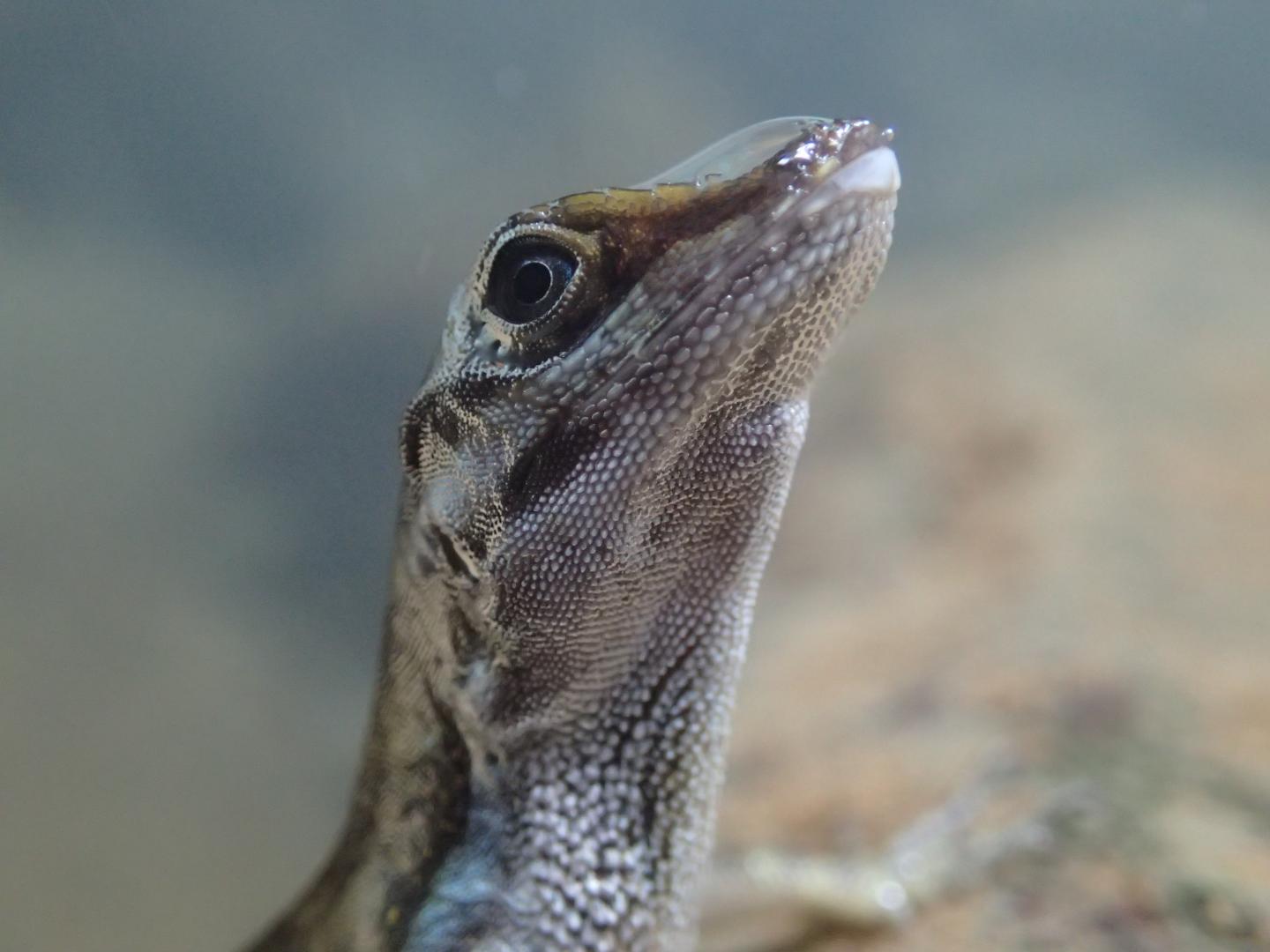 A team of evolutionary biologists from the University of Toronto has shown that Anolis lizards, or anoles, are able to breathe underwater with the aid of a bubble clinging to their snouts. Anoles are a diverse group of lizards found throughout the tropical Americas. Some anoles are stream specialists, and these semi-aquatic species frequently dive underwater to avoid predators, where they can remain submerged for as long as 18 minutes. "We found that semi-aquatic anoles exhale air into a bubble that clings to their skin," says Chris Boccia, a recent Master of Science graduate from the Faculty of Arts & Science's Department of Ecology & Evolutionary Biology (EEB). Boccia is lead author of a paper describing the finding published online on May 12, 2021 in Current Biology. The open-access article is titled “Repeated Evolution of Underwater Rebreathing in Diving Anolis Lizards” (https://www.cell.com/current-biology/fulltext/S0960-9822(21)00575-3). "The lizards then re-inhale the air," says Boccia, "a maneuver we've termed 'rebreathing' after the scuba-diving technology." The researchers measured the oxygen (O2) content of the air in the bubbles and found that it decreased over time, confirming that rebreathed air is involved in respiration. Rebreathing likely evolved because the ability to stay submerged longer increases the lizard's chances of eluding predators. The authors studied six species of semi-aquatic anoles and found that all possessed the rebreathing trait, despite most species being distantly related. While rebreathing has been studied extensively in aquatic arthropods like water beetles, it was not expected in lizards because of physiological differences between arthropods and vertebrates.
Login Or Register To Read Full Story
Login Register