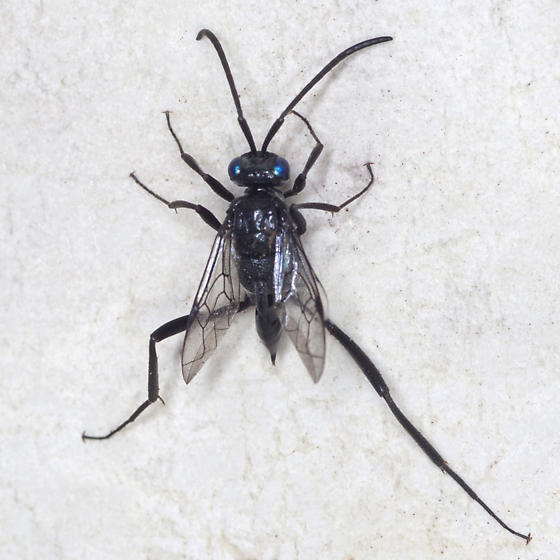 An Oregon State University (OSU) study has identified four new species of parasitic, cockroach-killing ensign wasps that became encased in tree resin 25 million years ago and were preserved as the resin fossilized into amber. "Some species of ensign wasps have even been used to control cockroaches in buildings," OSU researcher George Poinar Jr., PhD, said. "The wasps sometimes are called the harbingers of cockroaches--if you see ensign wasps you know there are at least a few cockroaches around. Our study shows these wasps were around some 20 or 30 million years ago, with probably the same behavioral patterns regarding cockroaches." Ensign wasps, of the Hymenoptera order and scientifically known as Evaniidae, earned their common name because their abdomen resembles a flag; an ensign is a large flag on a ship, usually flown at the stern or rear of the vessel, that indicates the ship's nationality. "As the wasps move about, their 'ensign' is constantly moving up and down as if they are flag-waving," said Dr. Poinar, Professor Emeritus in the OSU College of Science and an international expert in using plant and animal life forms trapped in amber to learn more about the biology and ecology of the distant past. About 400 species of ensign wasps exist today, distributed across 20 genera. The wasps live everywhere except polar regions. They typically measure 5 to 7 millimeters in length and don't sting, or bite but are lethal for unhatched cockroaches. A female ensign wasp will look for cockroach egg cases, known as ootheca, and lay an egg on or in one of the cockroach eggs inside the case. When the wasp egg hatches, the larva eats the cockroach egg where it was laid.
Login Or Register To Read Full Story
Login Register