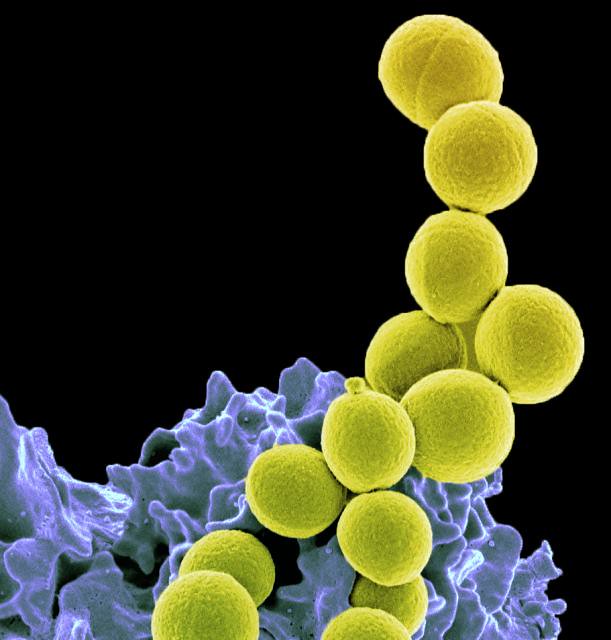 Staphylococcus aureus, a bacterium better known as Staph, is a common inhabitant of the human nose, as well as of the skin, and people who carry it are at increased risk for dangerous Staph infections. However, it may be possible to exclude these unwelcome guests from the nose using other more benign bacteria, according to a new study led by scientists representing the Translational Genomics Research Institute (TGen) in Arizona, the Statens Serum Institut in Denmark, and Milken Institute School of Public Health (SPH) at the George Washington University. The study, published online on June 5, 2015 in an open-access article in the AAAS journal Science Advances, suggests that a person's environment is more important than their genes in determining the bacteria that inhabit their noses. The study also suggests that some common nasal bacteria may prevent Staph colonization. "This study is important because it suggests that the bacteria in the nose are not defined by our genes and that we may be able to introduce good bacteria to knock out bad bugs like Staph," said Lance B. Price, Ph.D., the Director of TGen's Center for Microbiomics and Human Health and a Professor of Environmental and Occupational Health at the Milken Institute SPH. "Using probiotics to promote gut health has become common in our culture. Now, we're looking to use these same strategies to prevent the spread of superbugs." The new Science Advances article is titled “Staphylococcus aureus and the Ecology of the Nasal Microbiome.” The multi-center research team looked at data taken from 46 identical twins and 43 fraternal twins in the Danish Twin Registry, one of the oldest registries of twins in the world. "We showed that there is no genetically inherent cause for specific bacteria in the nasal microbiome," said senior author Dr. Paal Skytt Andersen. Dr.
Login Or Register To Read Full Story
Login Register