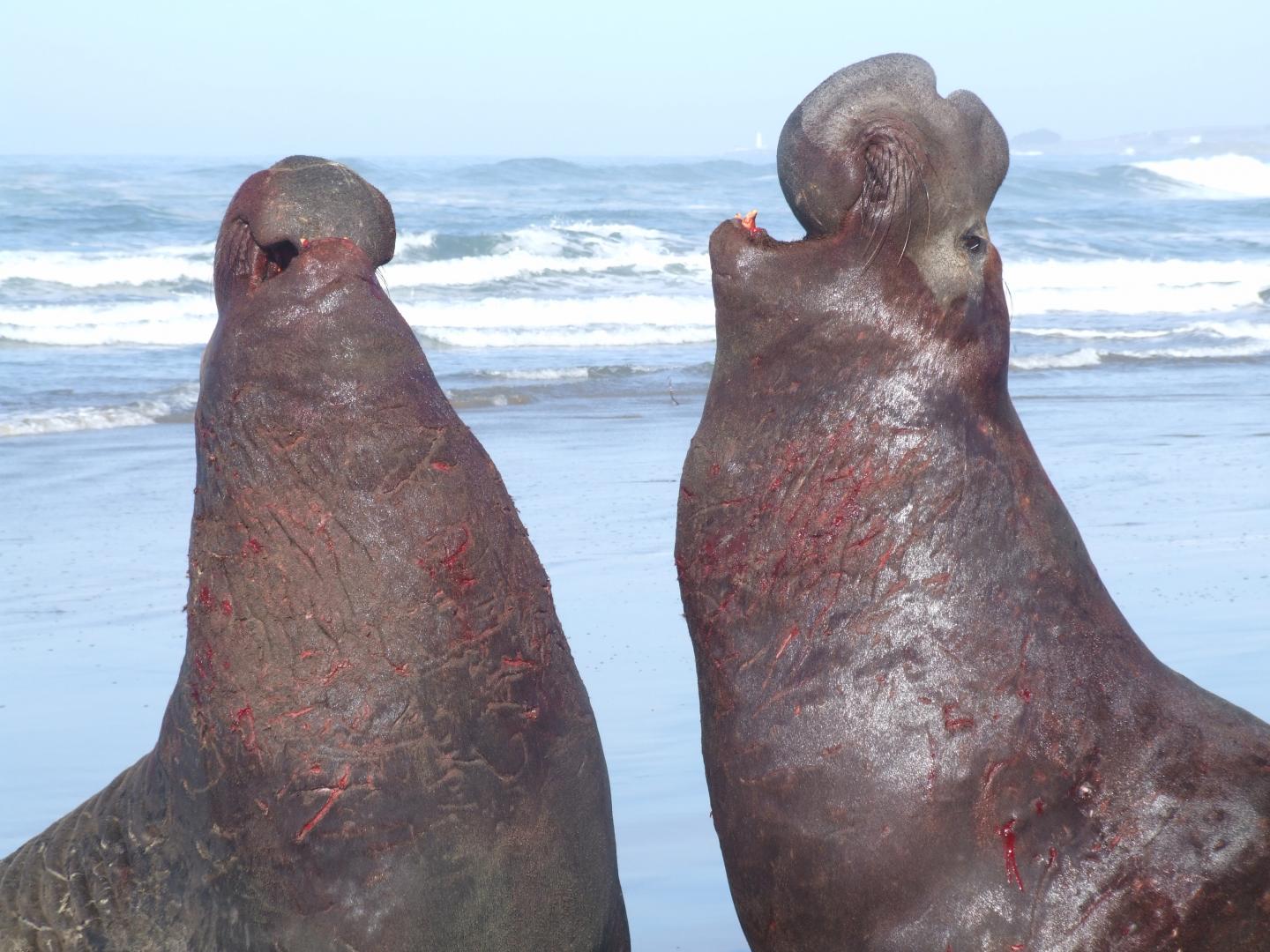 Every day, humans pick up on idiosyncrasies such as slow drawls, high-pitched squeaks, or hints of accents to put names to voices from afar. This ability may not be as unique as once thought, researchers report on July 20, 2017 in Current Biology. The open-access article is titled "Northern Elephant Seals Memorize the Rhythm and Timbre of Their Rivals' Voices." The scientists find that, unlike all other non-human mammals that have been studied, northern elephant seal males consider the spacing and timing of vocal pulses in addition to vocal tones when identifying the calls of their rivals. "This is the first natural example where on a daily basis, an animal uses the memory and the perception of rhythm to recognize other members of the population," says first author Dr. Nicolas Mathevon, of the Université de Lyon/Saint-Etienne in France. "There have been experiments with other mammals showing that they can detect rhythm, but only with conditioning." Over several years studying an elephant seal colony in Año Nuevo State Park, California, the researchers were able to recognize many of the individual animals just by the rhythm of their voices, he says.
Login Or Register To Read Full Story
Login Register