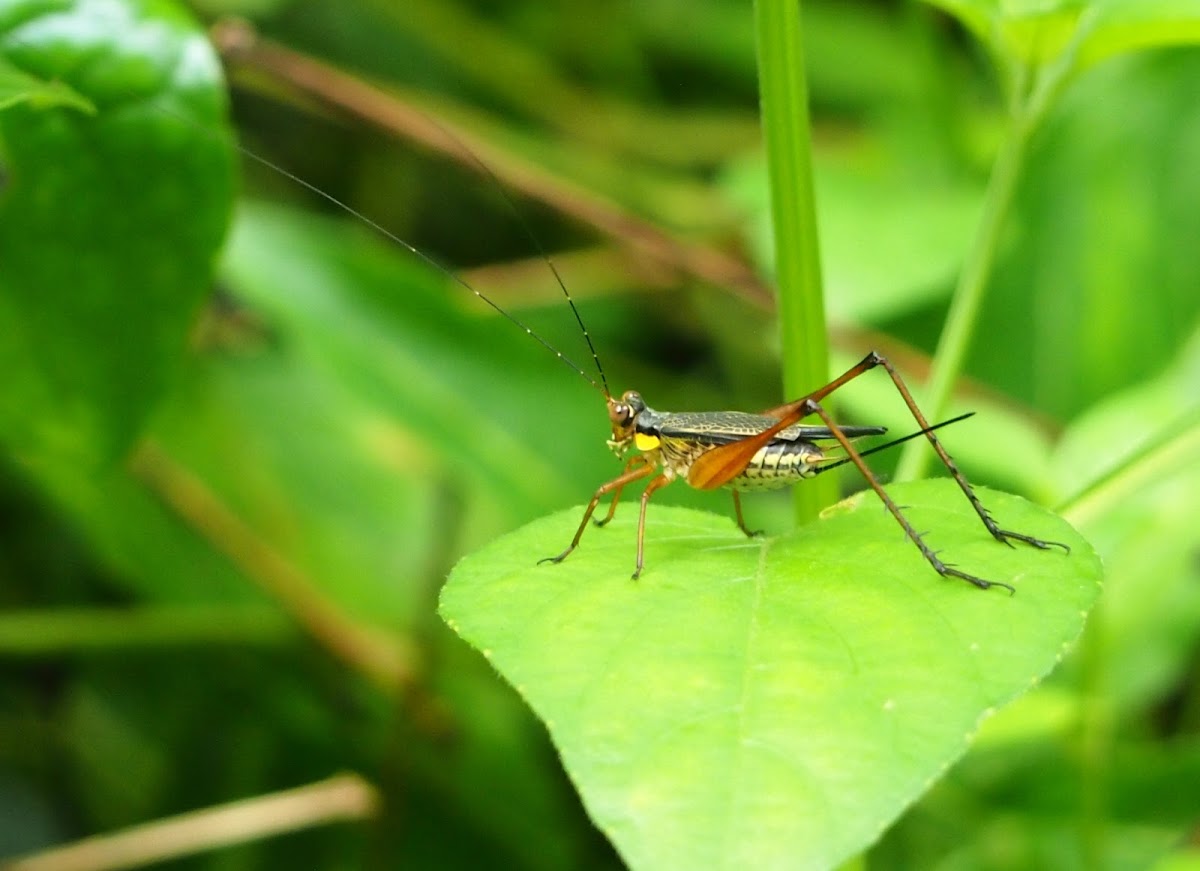 Researchers have uncovered the highly efficient strategy used by a group of crickets to distinguish the calls of predatory bats from the incessant noises of the nocturnal jungle. The research, led by scientists at the University of Bristol (UK) and the University of Graz (Austria), and published online on May 18, 2020 in Philosophical Transactions of the Royal Society B, revealed that the crickets eavesdrop on the vocalizations of bats to help them escape their grasp when hunted. The open-access article is titled “Decision Making in the Face of a Deadly Predator: High-Amplitude Behavioural Thresholds Can Be Adaptive for Rainforest Crickets Under High Background Noise Levels.” Sword-tailed crickets (photo) of Barro Colorado Island, Panama, are quite unlike many of their nocturnal, flying-insect neighbors. Instead of employing a variety of responses to bat calls of varying amplitudes, these crickets simply stop in mid-air, effectively dive-bombing out of harm's way. The higher the bat call amplitude, the longer the crickets cease flight and farther they fall. Biologists from Bristol's School of Biological Sciences and Graz's Institute of Zoology discovered why these crickets evolved significantly higher response thresholds than other eared insects. Within the plethora of jungle sounds, it is important to distinguish possible threats. This is complicated by the cacophony of katydid (bush-cricket) calls, which are acoustically similar to bat calls and form 98 per cent of high-frequency background noise in a nocturnal rainforest. Consequently, sword-tailed crickets need to employ a reliable method to distinguish between calls of predatory bats and harmless katydids. Responding only to ultrasonic calls above a high-amplitude threshold is their solution to this evolutionary challenge.
Login Or Register To Read Full Story
Login Register