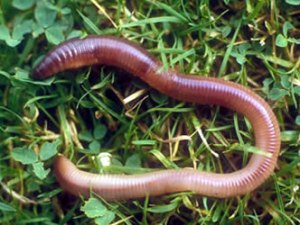 When asked to describe a forest or a meadow, most people would probably begin with the plants, the species diversity, or the color of the foliage. They probably wouldn’t pay much attention to the animals living in the soil. But a new Yale-led study shows the critical importance of earthworms, beetles, and other tiny creatures to the structure of grasslands and the valuable ecosystem services they provide. During a three-year study, researchers found that removing these small animals from the soil of a replicated Scottish sheep meadow altered the plant species that grew in the ecosystem, reduced overall productivity, and produced plants that were less responsive to common agricultural management, such as fertilization. The results reflect the long-term ecological impacts of land use changes, such as the conversion of forests to agricultural land, researchers say. “We know these soil animals are important controls on processes which cause nutrients and carbon to cycle in ecosystems, but there was little evidence that human-induced loss of these animals has effects at the level of the whole ecosystem, on services such as agricultural yield,” said Dr. Mark Bradford, an Associate Professor at the Yale School of Forestry & Environmental Studies (F&ES) and lead author of the study published online on September 22, 2014 in PNAS. “Yet that’s exactly what we found.” At a climate-controlled laboratory, the researchers assembled 16 bathtub-sized replicas of a Scottish upland grassland. Each of the models included the 10 most common plant species, but the researchers introduced earthworms, slugs, and other small creatures to only some of the systems. During the first six months, the researchers found that removing the animals did not affect plant yield or the rate of carbon dioxide loss from the system.
Login Or Register To Read Full Story
Login Register