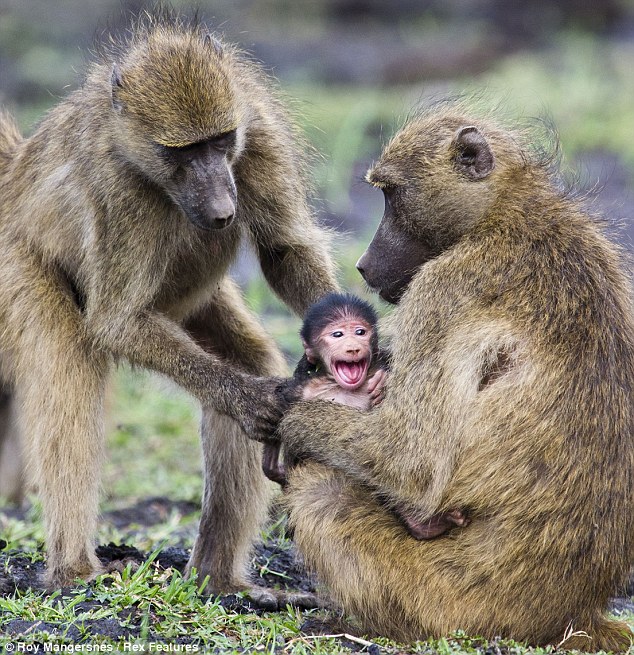 The saying "what doesn't kill you makes you stronger" may not hold up to scientific scrutiny. Baboons born in times of famine are more vulnerable to food shortages later in life, a new study shows. The findings are important because they help explain why people who are malnourished in early childhood often experience poor health as adults. After the plains of southern Kenya experienced a severe drought in 2009 that took a terrible toll on wildlife, researchers at Duke and Princeton investigated how 50 wild baboons coped with the drought, and whether the conditions they faced in infancy played a role. The semi-arid savanna of southern Kenya usually receives an average of 14 inches of rain a year -- akin to the average in much of Nebraska or Kansas. But in 2009, the savanna rain total fell to five inches, less than the Mojave Desert receives. The year before wasn't much better -- rainfall in 2008 dropped to half of normal levels. The grasslands the animals depend on for food dried up and watering holes disappeared, leaving many animals starving or weak from hunger. "We lost 98 percent of the wildebeest population, 75 percent of the zebra population, and 30 percent of the elephant population," said co-author Dr. Susan Alberts, a Biology Professor at Duke. "It was impossible to go anywhere without smelling death." Most baboons made it, but the drought left them underweight and many females stopped ovulating. In a forthcoming paper in the journal American Naturalist (abstract posted online on March 30, 2015), the researchers compared two groups of females -- one group born during low rainfall years and the other born during normal rainfall years.
Login Or Register To Read Full Story
Login Register