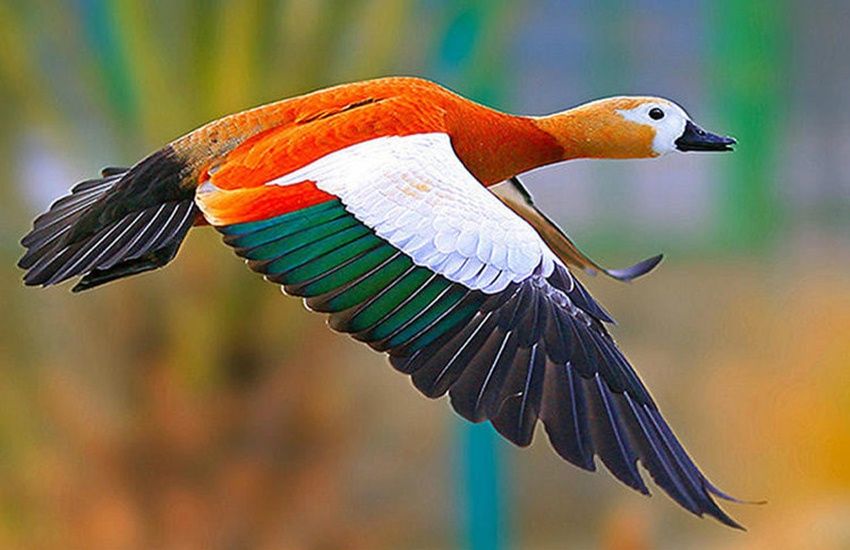 A high-flying duck species reaches altitudes of up to 6,800 meters (22,000 feet) to cross the Himalayas, new research shows. Ruddy shelducks are known to breed north of the Himalayan mountain range, but spend their winters at sea level south of the Tibetan Plateau. They need to fly over the Himalayas in the spring to get back to their breeding grounds, a huge challenge that sees them cross terrain higher than 4,000 meters, where oxygen levels are halved. Scientists from the University of Exeter used satellite tracking to discover that the ducks fly through valleys in the mountain range - avoiding massive peaks like Mount Everest. "This is the first evidence of extreme high-altitude flight in a duck," said lead researcher Dr. Nicole Parr, of the Centre for Ecology and Conservation on the University of Exeter's Penryn Campus in Cornwall, UK. "This species has probably evolved a range of adaptations to be able to cope with flying so high, where oxygen levels are half those at sea level. We don't yet know the nature of these adaptations. "Our research also shows that the ruddy shelduck has a faster climb rate than the bar-headed goose, the only waterfowl known to fly even higher." Dr. Lucy Hawkes, the supervisor of the work at the University of Exeter, had previously tracked bar-headed geese to 7,290 meters altitude near Everest in 2014. They were long thought to be the world's highest-flying bird based on flapping flight (some birds soar higher on thermals), but the new research suggests that the bar-headed geese may not be the only species flying at these high altitudes.
Login Or Register To Read Full Story
Login Register