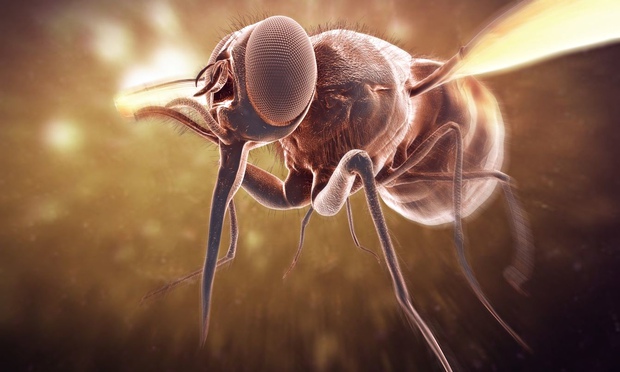 Some infectious diseases are particularly difficult to treat because of their ability to evade the immune system. One such illness, African sleeping sickness, is caused by the parasite Trypanosoma brucei, transmitted by the tsetse fly, and is fatal if left untreated. The trypanosome parasite is transmitted to mammals through fly bites and eventually invades major organs such as the brain, where it disrupts the sleep cycle, and causes other problems. Trypanosomes exist in different forms. When inhabiting a fly, they are covered with proteins called procyclins. But upon entering the bloodstream of a mammal, these parasites acquire a dense layer of glycoproteins that continually change, allowing the parasite to dodge attacks from the host's immune system that target specific glycoproteins in the parasite coat. Now, new research from postdoctoral scientists Dr. Danae Schulz and Dr. Erik Debler, working in the labs of Nina Papavasiliou, Ph.D., and in Nobelist Günter Blobel's (M.D., Ph.D.) lab at Rockefeller University in New York City, reveals a method by which to manipulate trypanosomes in the mammalian bloodstream so as to cause them to acquire fly-life-stage characteristics, a state that makes it easier for the human immune system to eliminate the invader. The findings suggest that inhibiting specific proteins that interact with chromatin—i.e, the mass of DNA and proteins that packages a cell's genetic information--can "trick" the parasite into differentiating to a different stage of its lifecycle, from the bloodstream stage to the fly stage of that cycle. The study was published on December 8, 2015 in the open-access journal PLOS Biology.
Login Or Register To Read Full Story
Login Register