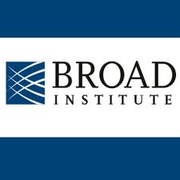 Last year, Broad Institute researchers described a single-nucleus RNA sequencing method called sNuc-Seq. This system enabled researchers to study the gene expression profiles of difficult-to-isolate cell types, as well as cells from archived tissues. Now, a Broad-led team has overcome a key stumbling block to sNuc-Seq's widespread use: i.e., scale. In a paper published online on August 28, 2017 in Nature Methods, postdoctoral fellows Dr. Naomi Habib, Dr. Inbal Avraham-Davidi, and Dr. Anindita Basu; core institute members Dr. Feng Zhang and Dr. Aviv Regev; and their colleagues reveal DroNc-Seq, a single-cell expression profiling technique that merges sNuc-Seq with microfluidics, allowing massively parallel measurement of gene expression in structurally-complicated tissues. The article is titled “Massively Parallel Single-Nucleus RNA-Seq with DroNc-Seq.” Researchers struggled in the past to study expression in neurons and other cells from complex tissues, like the brain, at the single-cell level. This was because the procedures for isolating the cells affected their RNA content and did not always accurately capture the true proportions of the cell types present in a sample. Moreover, the procedures did not work for frozen archived tissues. sNuc-Seq bypassed those problems by using individual nuclei extracted from cells as a starting point instead. sNuc-Seq, however, is a low-throughput technology, using 96- or 384-well plates to collect and run samples. To scale the method up to the level needed in order to efficiently study thousands of nuclei at a time, the team turned to microfluidics.
Login Or Register To Read Full Story
Login Register