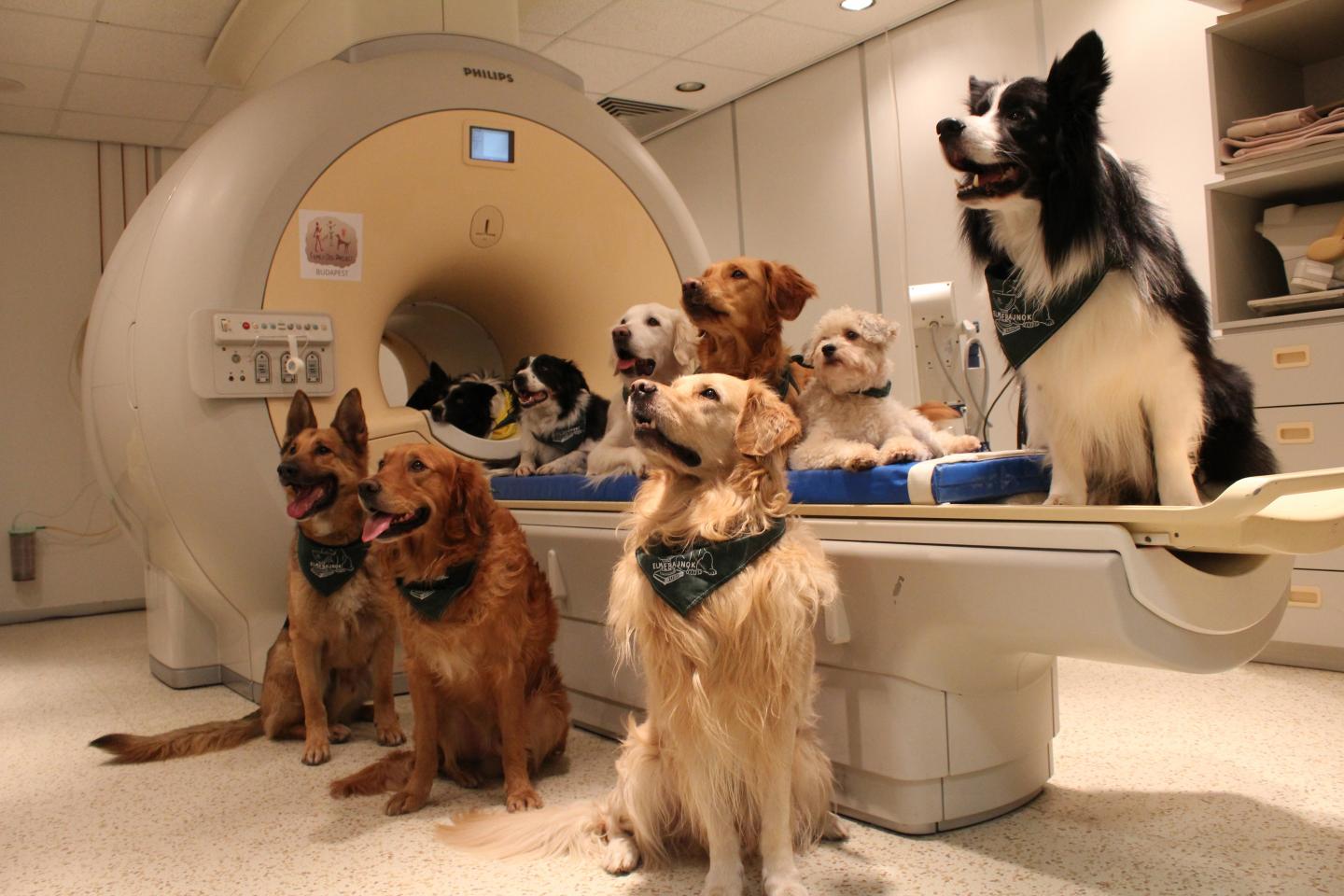 Dogs have the ability to distinguish vocabulary words and the intonation of human speech through brain regions similar to those that humans use, a new study reported by Attila Andics, Ph.D., and Eötvös Loránd, Ph.D, University in Budapest, Hungary, and colleagues. The article, to be published in the September 2, 2016 issue of Science, is titled "Neural Mechanisms for Lexical Processing in Dogs." The authors note that vocabulary learning "does not appear to be a uniquely human capacity that follows from the emergence of language, but rather a more ancient function that can be exploited to link arbitrary sound sequences to meanings." Words are the basic building blocks of human languages, but they are hardly ever found in nonhuman vocal communications. Intonation is another way that information is conveyed through speech, where, for example, praises tend to be conveyed with higher and more varying pitch. Humans understand speech through both vocabulary and intonation. Here, in this new work, Dr. Andics and colleagues explored whether dogs also depend on both mechanisms. Dogs were exposed to recordings of their trainers' voices as the trainers spoke to them using multiple combinations of vocabulary and intonation, in both praising and neutral ways. For example, trainers spoke praise words with a praising intonation, praise words with a neutral intonation, neutral words with a praising intonation, and neutral words with neutral intonation. Researchers used fMRI to analyze the dogs' brain activity as the animals listened to each combination. Their results reveal that, regardless of intonation, dogs process vocabulary, recognizing each word as distinct, and further, that they do so in a way similar to humans, using the left hemisphere of the brain.
Login Or Register To Read Full Story
Login Register