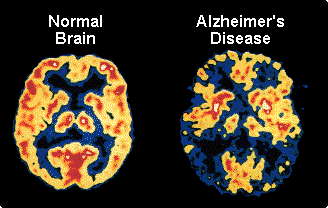 A DNA vaccine tested in mice reduces accumulation of both types of toxic proteins associated with Alzheimer’s disease, according to research that scientists say may pave the way to a clinical trial. A new study by the University of Texas (UT) Southwestern’s Peter O’Donnell Jr. Brain Institute shows that a vaccine delivered to the skin prompts an immune response that reduces buildup of harmful tau and beta-amyloid – without triggering severe brain swelling that earlier antibody treatments caused in some patients. “This study is the culmination of a decade of research that has repeatedly demonstrated that this vaccine can effectively and safely target in animal models what we think may cause Alzheimer’s disease,” said Dr. Roger Rosenberg, founding Director of the Alzheimer’s Disease Center at UT Southwestern. “I believe we’re getting close to testing this therapy in people.” The research, published online on October 20, 2018 in Alzheimer’s Research and Therapy, demonstrates how a vaccine containing DNA coding for a segment of beta-amyloid also reduces tau in mice modeled to have Alzheimer’s disease. In addition, the vaccine elicits a different immune response that may be safe for humans. The open-accessa article is titled “Active Full-Length DNA Aβ42 Immunization in 3xTg-AD Mice Reduces Not Only Amyloid Deposition But Also Tau Pathology.” Two previous studies from Dr. Rosenberg’s lab showed similar immune responses in rabbits and monkeys. The vaccine is on a shortlist of promising antibody treatments aimed at protecting against both types of proteins that kill brain cells as they spread in deadly plaques and tangles on the brains of Alzheimer’s disease patients. Although earlier research established that antibodies significantly reduce amyloid buildup in the brain, Dr. Rosenberg’s team needed to find a safe way to introduce them into the body.
Login Or Register To Read Full Story
Login Register