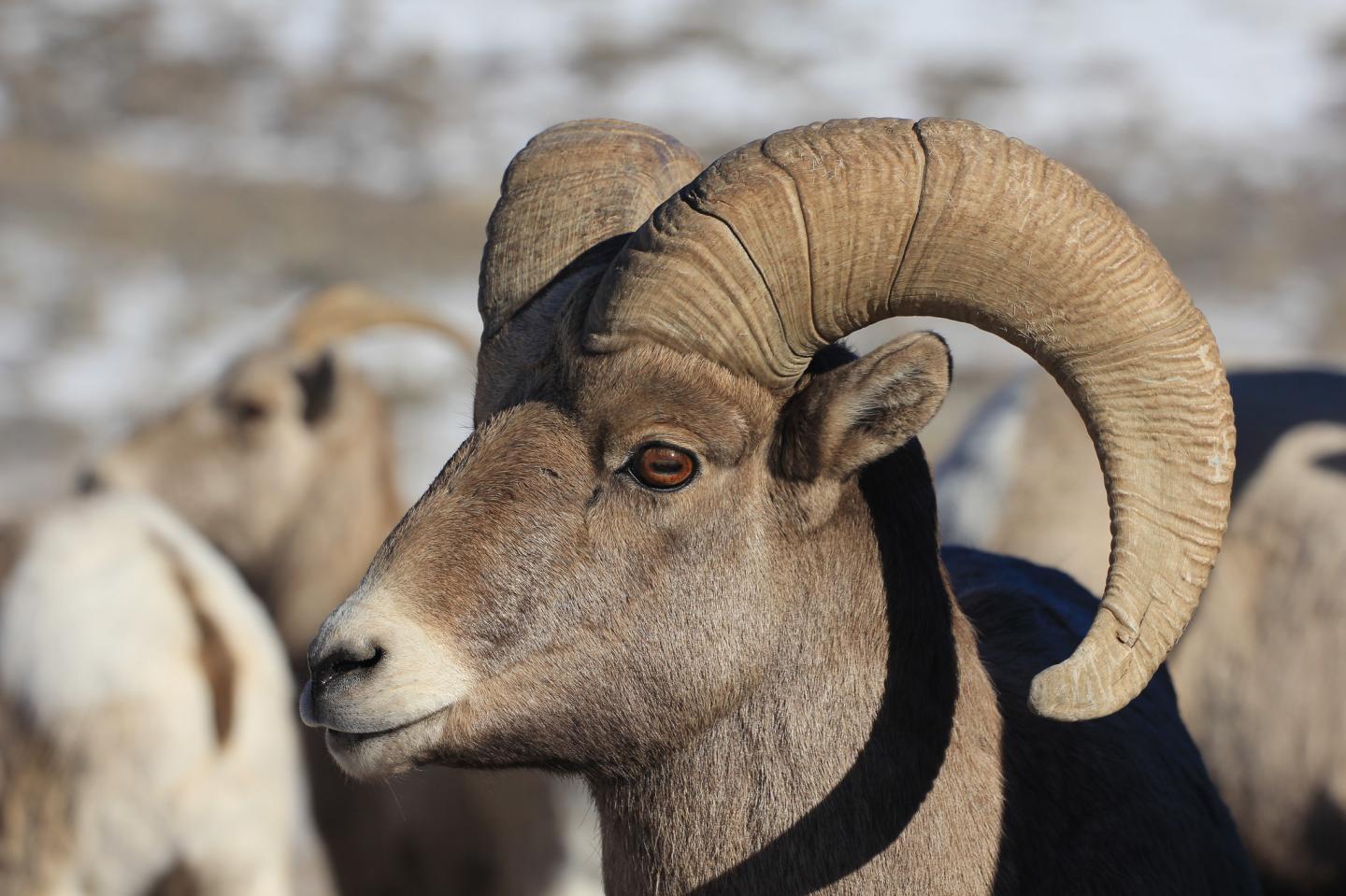 The health of Colorado's bighorn sheep population remains as precarious as the steep alpine terrain the animals inhabit, but a new study led by researchers at the University of Colorado Boulder (CU-Boulder) has found that inbreeding--a common hypothesis for a recent population decline--likely is not to blame. Bighorn herds tend to be small and isolated in their mountain ecosystems, putting the animals at high risk for a genetic "bottleneck," said Catherine Driscoll, a graduate student in the Department of Ecology and Evolutionary Biology at CU-Boulder and lead author of the study. Previous research has shown that inbreeding can weaken a population's immunity to disease across subsequent generations. However, after using mitochondrial DNA data to analyze a diverse set of hereditary markers, researchers found that all five native herds in Colorado’s Rocky Mountain National Park (RMNP) are maintaining healthy levels of genetic variation compared to other bighorn populations across the western United States. "There's been enough gene flow between the herds, primarily due to high ram migration, that the population has been genetically rescued," Ms. Driscoll said. The new findings, which were published in the July 2015 issue of the Journal of Wildlife Management, suggest that other factors, such as nutritional deficiencies, habitat fragmentation, and competition from encroaching mountain goats may play a more significant role in depressing bighorn population growth. The article is titled “A Tale of Two Markers: Population Genetics of Colorado Rocky Mountain Bighorn Sheep Estimated from Microsatellite and Mitochondrial Data.” The researchers used DNA testing to examine genetic diversity across five separate RMNP herds.
Login Or Register To Read Full Story
Login Register