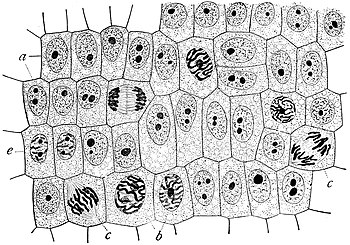 The foundation of biological inheritance is DNA replication – a tightly coordinated process in which DNA is simultaneously copied at hundreds of thousands of different sites across the genome. If that copying mechanism doesn't work as it should, the result could be cells with missing or extra genetic material, a hallmark of the genomic instability seen in most birth defects and cancers. University of North Carolina (UNC) School of Medicine scientists have discovered that a protein known as Cdt1, which is required for DNA replication, also plays an important role in a later step of the cell cycle, mitosis. The finding presents a possible explanation for why so many cancers possess not just genomic instability, but also more or less than the usual 46 DNA-containing chromosomes. The new research, which was published online on May 13, 2012 in Nature Cell Biology, is the first to definitively show such a dual role for a DNA replication protein. "It was such a surprise, because we thought we knew what this protein's job was – to load proteins onto the DNA in preparation for replication," said Jean Cook, Ph.D., associate professor of biochemistry and biophysics and pharmacology at the UNC School of Medicine and senior study author. "We had no idea it also had a night job, in a completely separate part of the cell cycle." The cell cycle is the series of events that take place in a cell leading to its growth, replication and division into two daughter cells. It consists of four distinct phases: G1 (Gap 1), S (DNA synthesis), M (mitosis), and G2 (Gap 2). Dr. Cook's research focuses on G1, when Cdt1 places proteins onto the genetic material to get it ready to be copied. In this study, Dr. Cook ran a molecular screen to identify other proteins that Cdt1 might be interacting with inside the cell.
Login Or Register To Read Full Story
Login Register