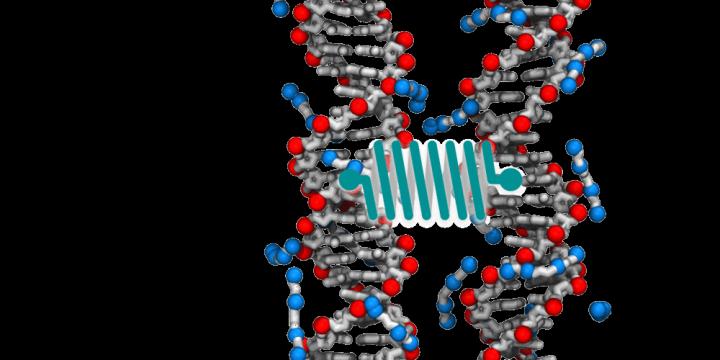 Proteins play a large role in DNA regulation, but a new study finds that DNA molecules directly interact with one another in a way that's dependent on the sequence of the DNA and epigenetic factors. This could have implications for how DNA is organized in the cell and even how genes are regulated in different cell types, the researchers say. Led by Aleksei Aksimentiev, Ph.D., a professor of physics at the University of Illinois, and Taekjip Ha, Ph.D., a professor of biophysics and biophysical chemistry at Johns Hopkins University and an adjunct at the University of Illinois Center for the Physics of Living Cells along with Dr. Aksimentiev, the researchers published their work online on March 22, 2016 in the journal Nature Communications. The open-access article is titled “Direct Evidence for Sequence-Dependent Attraction Between Double-Stranded DNA Controlled by Methylation.” "We are still only starting to explore the physical properties of DNA. It's not just a string of letters," Dr. Aksimentiev said. "It's a complex molecule with unique characteristics. The prevailing hypothesis is that everything that happens inside the nucleus, the way the DNA is organized, is all the work of proteins. What we show is that direct DNA-DNA interactions may play a role in large-scale chromosome organization as well." Using the Blue Waters supercomputer at the National Center for Supercomputing Applications on the Illinois campus, Dr. Aksimentiev and postdoctoral researcher Dr. Jejoong Yoo performed detailed simulations of two DNA molecules interacting in a charged solution such as is found in the cell. The supercomputer allowed them to map each individual atom and its behavior, and to measure the forces between the molecules.
Login Or Register To Read Full Story
Login Register