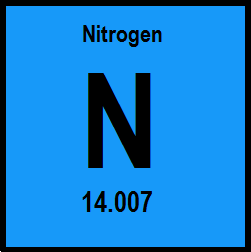 Nitrogen is a basic building block of all the body's proteins, RNA, and DNA, so cancerous tumors are greedy for this element. Researchers at the Weizmann Institute of Science in Israel, in collaboration with colleagues from the National Cancer Institute (NCI) and elsewhere, have now shown that, in many cancers, the patient's nitrogen metabolism is altered, producing detectable changes in the body fluids and contributing to the emergence of new mutations in cancerous tissue. The study's findings, published online on August 9, 2018 in Cell, may in the future facilitate early detection of cancer and help predict the success of immunotherapy. The article is titled “Urea Cycle Dysregulation Generates Clinically Relevant Genomic and Biochemical Signatures.” When the body makes use of nitrogen, it generates from the leftovers a nitrogenous waste substance called urea in a chain of biochemical reactions that take place in the liver, which are known as the “urea cycle.” As a result of this cycle, urea is expelled into the bloodstream, and is later excreted from the body in the urine. In previous research, Dr. Ayelet Erez of Weizmann's Biological Regulation Department showed that one of the enzymes in the urea cycle has been inactivated within many cancerous tumors, increasing the availability of nitrogen for the synthesis of an organic substance called pyrimidine, which, in turn, supports RNA and DNA synthesis and cancerous growth. In the new study, conducted with Professor Eytan Ruppin of the NCI and other researchers, Dr. Erez's team identified a number of precisely defined alterations in additional enzymes of the urea cycle, which together increase the availability of nitrogenous compounds for pyrimidine synthesis. These alterations lead to increased pyrimidine levels in the tumor and predispose the cancer to mutations.
Login Or Register To Read Full Story
Login Register