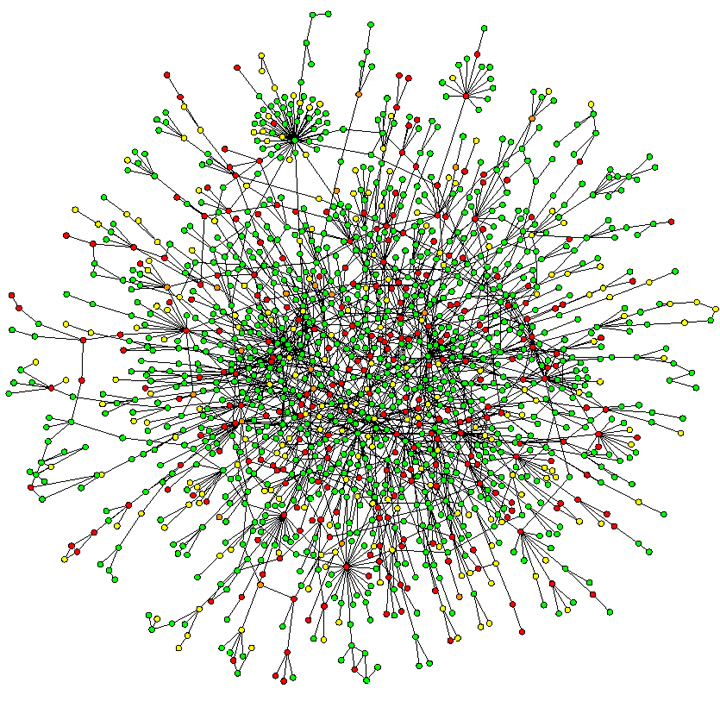 Understanding of the chemical foundations of life requires knowledge about the rate of chemical reactions in cells. The rates of these reactions depend on how fast the molecules taking part in reactions move (diffuse) in the cytoplasm. Professor Robert Hołyst's research team from the Institute of Physical Chemistry of the Polish Academy of Sciences in Warsaw (IPC PAS) managed to determine – for the first time – the diffusion coefficients for virtually all the proteins occurring in Escherichia coli. The method developed by the researchers can also be used for other cells. The movements of molecules in cells resemble a bit what's going on in railway stations. But the differences are obvious at first glance. "Regular trains leave stations at fixed times, whereas in cells transport processes take place virtually all the time. That's why it doesn't make sense to ask what time does the train with specific molecules leave the station. But it definitely makes sense to ask how fast the train with specific molecules is moving!” explains Professor Hołyst. Transport efficiency of chemical compounds in cells became inspiring for many transport companies. There's talk of biologistics as modelling vehicle or rail transport by looking up to what's going on inside the cells. Professor Hołyst, however, has no illusions about that: "Everyone is delighted, for in cells the transport is so wonderfully resistant to perturbations. They forget, however, that the transport results from random fluctuations, in addition occurring in a small volume, where viscosity depends not only on the medium, but also on the size of the viscosity probe! I wish good luck to all those who want to transfer processes occurring in physically so different environment to our roads.
Login Or Register To Read Full Story
Login Register