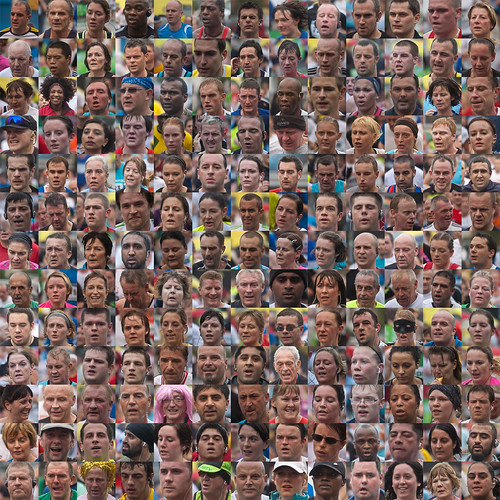 Differences in gene expression associated with differences in transcription factor binding may help explain many of the differences among individual humans, according to a team of Yale University researchers and collaborators. Transcription factors bind to DNA regions and set in motion programs of increased or decreased gene expression through their influence on the binding of RNA polymerase and the transcription of DNA to RNA. Using the technique of chromatin immunoprecipitation followed by sequencing (ChIP-Seq), the authors showed, on a genome wide basis, that the binding regions for RNA polymerase II and NF-kappa B differed by 25 percent and 7.5 percent, respectively, between any two human individuals in samples of lymphoblastoid cells from 10 individuals of various ancestries. RNA polymerase II, which is active in all cells, transcribes DNA into RNA, and its activity is dependent on the appropriate transcription factors being present at the DNA binding regions. NF-kappa B is a transcription factor that is activated by stress, plays a key role in immune responses to infections, and has been implicated in several diseases, including cancer. Approximately 19,000 and 15,500 binding regions were found for RNA polymerase II and NF-kappa B, respectively, in the study. The researchers found that differences in the binding of RNA polymerase II and NF-kappa B at DNA regions were frequently associated with SNPs and genomic structural variants (SVs), such as duplications, deletions, and inversions of long stretches of DNA, and were often correlated with differences in gene expression, suggesting functional consequences of binding variation.
Login Or Register To Read Full Story
Login Register