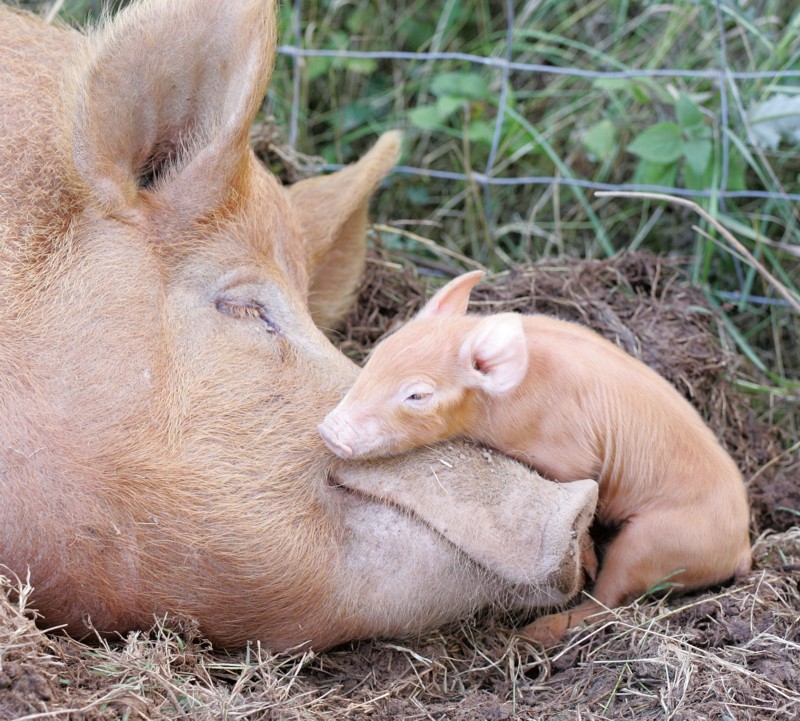 Feeding the amino acid tryptophan to young female pigs as part of their regular diet makes them less aggressive and easier to manage, according to a study by Agricultural Research Service (ARS) scientists and collaborators at Purdue University. The tryptophan-enhanced diet reduced aggression and overall behavioral activity among young female pigs during the eight-month study. Tryptophan, which is only acquired through diet, is the precursor for the calming cerebral neurotransmitter serotonin. Keeping swine calm is important, because aggressive behavior can harm them and increase feed and medical costs for producers. The supplemented diet resulted in calmer animals, mainly at the younger age. Persistent aggression in pigs can cause chronic stress, leading to poorer welfare, increased disease susceptibility, and reduced growth and efficiency. To test aggression, researchers put an "intruder" pig in the pen until an aggressive interaction was triggered or for a maximum of five minutes. Pigs receiving the high-tryptophan diet showed less aggression--fewer attacked the intruder, and those that did attack were slower to do so--compared with the animals that didn't get the supplement. Pigs form social groups that, over time, develop into stable hierarchies or "pecking orders." However, when new individuals are introduced, aggression is used to re-establish a new hierarchical order. If repeated changes in group composition occur, persistent aggression may arise, sometimes leading to physical injury and acute stress. A tryptophan-enriched diet may help producers avoid these problems, especially when groups of pigs are mixed together. This research was published in the January 31, 2010 issue of Applied Animal Behaviour Science. [Press release]
Login Or Register To Read Full Story
Login Register