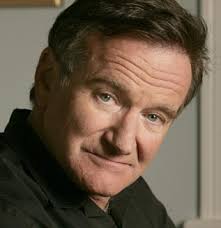 Depression is known to be a common symptom of Parkinson’s disease, but remains untreated for many patients, according to a new study by Northwestern Medicine investigators in collaboration with the National Parkinson’s Foundation (NPF). In fact, depression is the most prevalent non-motor symptom of Parkinson’s, a chronic neurodegenerative disorder typically associated with movement dysfunction. This fact is especially relevant now in light of the recent suicide of American comedian Robin Williams (image), who was reported to have been recently diagnosed with the early stages of Parkinson’s disease, while at the same time suffering from depression and anxiety. “We confirmed suspicion that depression is a very common symptom in Parkinson’s disease. Nearly a quarter of the people in the study reported symptoms consistent with depression,” said Danny Bega, M.D., 2014 graduate medical education (GME), instructor in the Ken and Ruth Davee Department of Neurology and first author of the study. “This is important because previous research has determined that depression is a major determinant of overall quality of life.” Using the neuropsychiatric symptoms’ (NPS’s) patient database, the investigators looked at records of more than 7,000 people with Parkinson’s disease. Among those with high levels of depressive symptoms, only one-third had been prescribed antidepressants before the study began, and even fewer saw social workers or mental health professionals for counseling. The investigators then focused their analysis on the remaining two-thirds of patients with depressive symptoms who were not receiving treatment at the start of the study. Throughout a year of observation, fewer than 10 percent of them received prescriptions for antidepressants or referrals to counseling.
Login Or Register To Read Full Story
Login Register