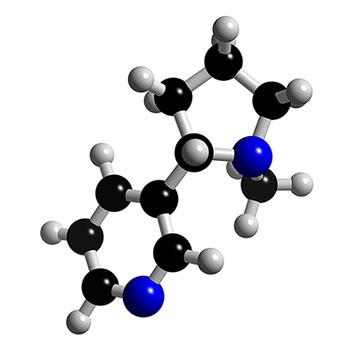 The loss of a particular gene (CHRNA7) through deletion of genetic material on chromosome 15 appears to be associated with significant abnormalities in learning and behavior, according to a recent report by Baylor College of Medicine (BCM) researchers and colleagues. "This research goes about 95 percent of the way to pinning these problems in a specific group of individuals to this gene," said Dr. Arthur Beaudet, chair of molecular and human genetics at BCM and an author of the report. Dr. Beaudet believes that the deletion will be identified in other people with behavioral problems, as well as schizophrenia, developmental delay, and epilepsy. The gene's role in schizophrenia has been under study for some time. "This gene encodes a subunit of a nicotinic receptor," Dr. Beaudet said. "It is a gene that mediates the response to nicotine via a receptor whose normal ligand is acetylcholine." The gene encodes a protein called an ion channel, which allows ions to flow in and out of neurons in the brain. Defects in ion channels have previously been associated with forms of epilepsy or seizure disorder. "If insufficient expression of the nicotinic receptor causes most or all of the problems associated with deletions in this particular area of chromosome 15, then it offers a target for drug treatment," said Dr. Pawel Stankiewicz, senior author of the report. One such drug mentioned in the paper is Chantix, a medicine now used in smoking cessation efforts. This work was published online on November 8 in Nature Genetics. [Press release] [Nature Genetics abstract]
Login Or Register To Read Full Story
Login Register