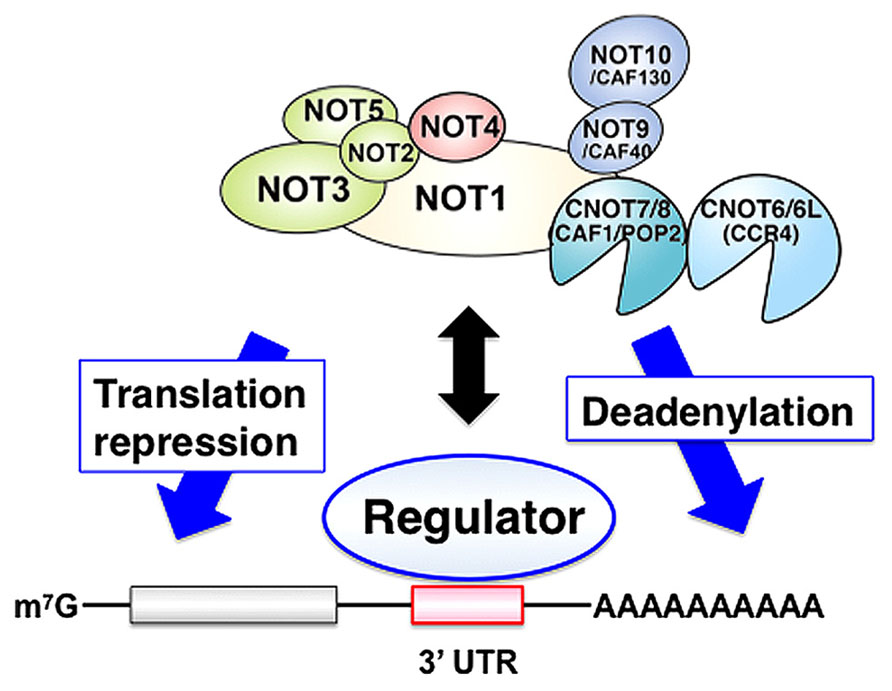 The growth, death, and diseases of complex organisms rely on the flow of information -- from genes in DNA, through their transcription into RNA, and then translation of that transcript into proteins, which in turn build much of the living organism. Proteins that control this whole process are themselves subject to this overarching information flow for survival. Researchers have now discovered a previously unknown function of a group of proteins, called the Ccr4-Not complex (https://www.ncbi.nlm.nih.gov/pubmed/26821858), that may shed light on the development of diseases like Alzheimer's. The findings were published in the April 17, 2020 issue of Science. The article is titled “The Ccr4-Not Complex Monitors the Translating Ribosome for Codon Optimality.” "The Ccr4-Not complex is involved in so many aspects of gene expression that we might as well call it the 'Swiss Army Knife' of protein production," says Toshifumi Inada, PhD, a professor from the Graduate School of Pharmaceutical Sciences at Japan’s Tohoku University, who led the research. The best understood aspect of Ccr4-Not's role is its involvement in the destruction of the messenger RNA (mRNA). The mRNA molecules are like instruction manuals that tell the ribosomes, the cell's protein-making machinery, how to construct proteins. The amount of proteins produced by the ribosomes is crucial, and so is the speed of that production. You don't want too many or too few, too fast or too slow. In turn, these protein levels depend on the amount of mRNA. Thus control of mRNA destruction--especially when these instruction manuals have mistakes in them--is critical in controlling protein production."But, until now, how Ccr4-Not did this has remained elusive," Dr. Inada adds.
Login Or Register To Read Full Story
Login Register