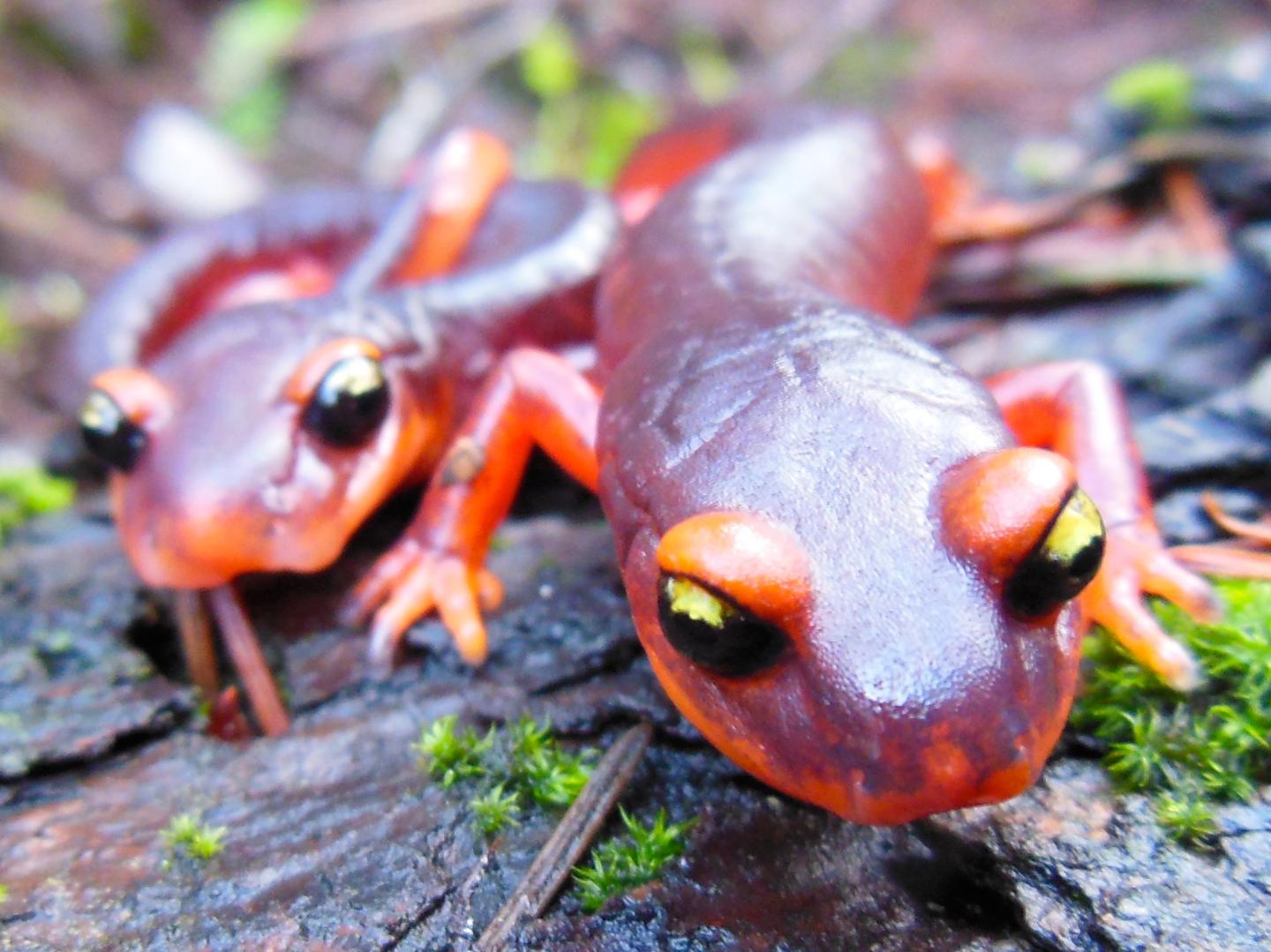 A deadly fungus identified in 2013 could devastate native salamander populations in North America unless U.S. officials make an immediate effort to halt salamander importation, according to an urgent new report published in the July 31, 2015 issue of Science. The article is titled “Averting a North American Biodiversity Crisis.” San Francisco State University (SFSU) biologist Dr. Vance Vredenburg, his graduate student Tiffany Yap, and their colleagues at the University of California, Berkeley and the University of California, Los Angeles say the southeastern United States (particularly the southern extent of the Appalachian Mountain range and its southern neighboring region), the Pacific Northwest and the Sierra Nevada, and the central highlands of Mexico are at the highest risk for salamander declines and extinctions if the fatal Batrachochytrium salamandrivorans (Bsal) fungus makes its way into those regions. Salamanders are popular worldwide as pets, and frequently traded across borders. That has scientists worried that the fungus could spread from Asia, where it likely originated, to other parts of the globe. Dr. Vredenburg and his coauthors on the study are asking the U.S. Fish and Wildlife Service to place an immediate ban on live salamander imports to the U.S. until there is a plan in place to detect and prevent the spread of the Bsal fungus. Although the ban has been supported by key scientists for some time, including in a prominent op-ed in the New York Times last year, the government has been slow to act. "This is an imminent threat, and a place where policy could have a very positive effect," Dr. Vredenburg said. "We actually have a decent chance of preventing a major catastrophe."
Login Or Register To Read Full Story
Login Register