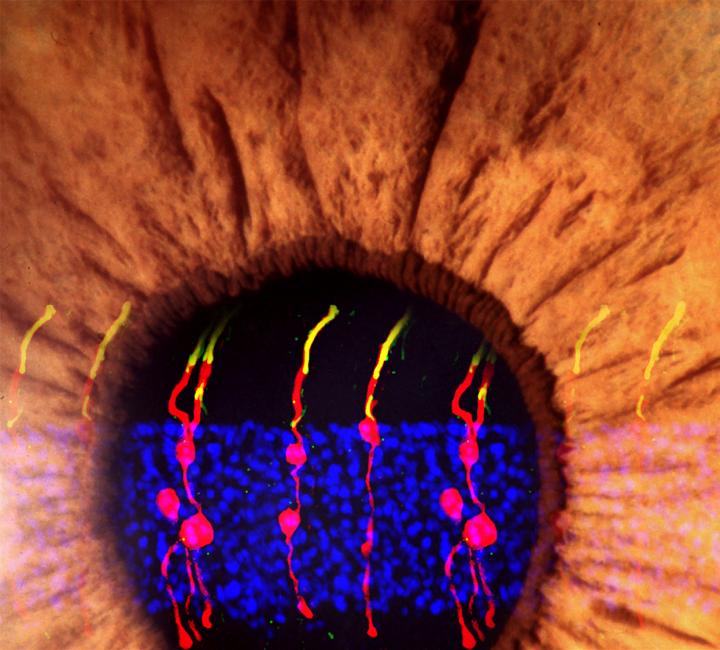 Researchers funded by the National Eye Institute (NEI) of the NIH have reversed congenital blindness in mice by changing supportive cells in the retina called Müller glia into rod photoreceptors. The findings advance efforts toward regenerative therapies for blinding diseases such as age-related macular degeneration and retinitis pigmentosa. A report of the findings was published online on August 15, 2018 in Nature. The article is titled “Restoration of Vision After De Novo Genesis of Rod Photoreceptors in Mammalian Retinas.” "This is the first report of scientists reprogramming Müller glia to become functional rod photoreceptors in the mammalian retina," said Thomas N. Greenwell, PhD, NEI Program Director for Retinal Neuroscience. "Rods allow us to see in low light, but they may also help preserve cone photoreceptors, which are important for color vision and high visual acuity. Cones tend to die in later-stage eye diseases. If rods can be regenerated from inside the eye, this might be a strategy for treating diseases of the eye that affect photoreceptors." Photoreceptors are light-sensitive cells in the retina in the back of the eye that signal the brain when activated. In mammals, including mice and humans, photoreceptors fail to regenerate on their own. Like most neurons, once mature, they don't divide. Scientists have long studied the regenerative potential of Müller glia because in other species, such as zebrafish, these cells divide in response to injury and can turn into photoreceptors and other retinal neurons. The zebrafish can thus regain vision after severe retinal injury. In the lab, scientists can coax mammalian Müller glia cells to behave more as they do in the fish. But it requires injuring the tissue.
Login Or Register To Read Full Story
Login Register