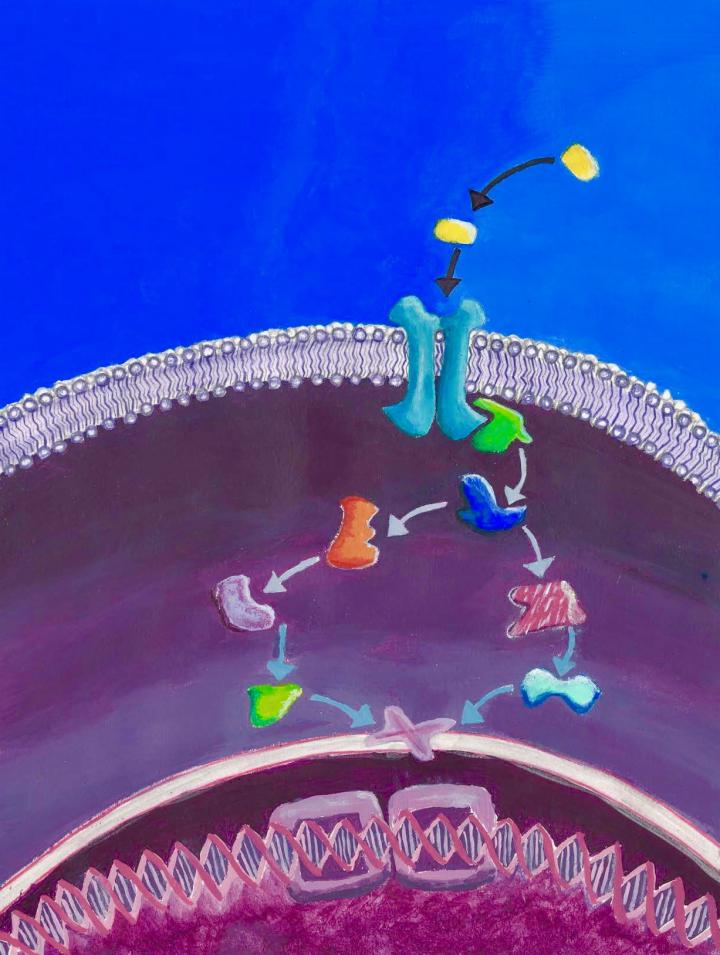 In 2011, Igor Stagljar, Ph.D., a professor in the University of Toronto's Donnelly Centre, came across a study that genetically linked two genes in the cell to a hard-to-treat (triple negative) breast cancer. It was not clear how the proteins encoded by these genes worked, but Dr. Stagljar had a unique way to find out. One of the proteins, called epidermal growth factor receptor (EGFR), belonged to a group called receptor tyrosine kinases (RTKs), which tell the cell to grow and divide in response to signals from the cell's environment. The other one (PTPN12) was from the protein tyrosine phosphatase (PTP) class, which mainly work by shutting the RTKs down. However, the EGFR is wedged within the cell's outer envelope, or membrane, making it difficult to study by traditional methods. But with the help of MYTH and MaMTH, technologies developed in Stagljar's lab, Dr. Zhong Yao, a senior research associate in the lab, was able to show that the two proteins came into direct contact with each other. This led further support to the thinking that some breast cancers progress when the link between this particular RTK and PTP is broken, unleashing unchecked RTK signalling and, consequently, cell proliferation. But Dr. Yao did not stop there. The high-throughput power of MYTH and MaMTH allowed him to investigate interactions between almost all human RTKs and PTPs. The resulting map charts more than 300 RTK-PTP interactions, most of which were unknown. The study was published online in the journal Molecular Cell on January 5, 2017. The article is titled “A Global Analysis of the Receptor Tyrosine Kinase-Protein Phosphatase Interactome.” "We tested interactions between almost all 58 RTKs and 144 PTPs that exist in human cells. Our map reveals new and surprising ways in which these proteins work together.
Login Or Register To Read Full Story
Login Register