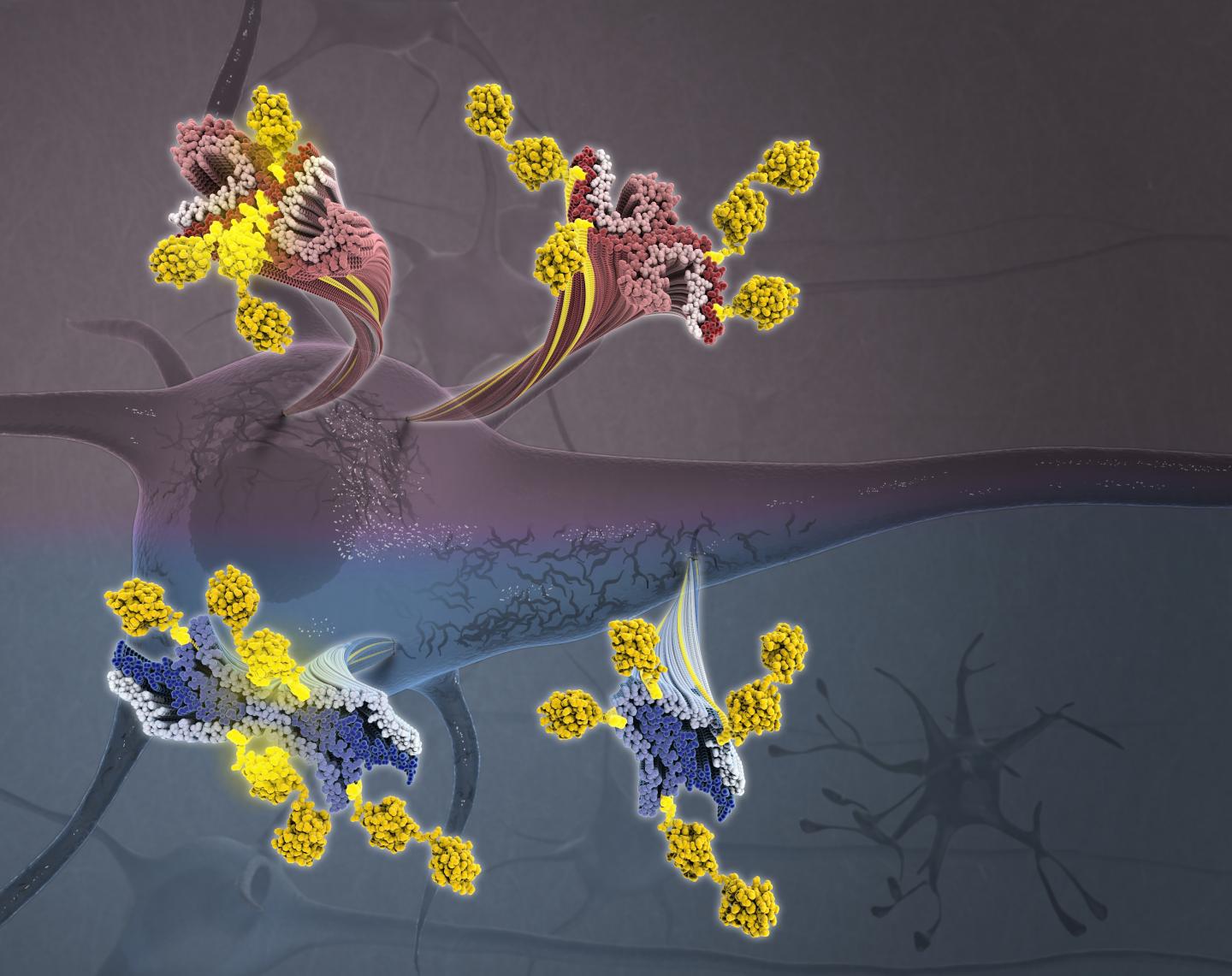 The tau protein has long been implicated in Alzheimer's disease and a host of other debilitating brain diseases. But scientists have struggled to understand exactly how tau converts from its normal, functional form into a misfolded, harmful one. Now, researchers at Columbia University's Zuckerman Institute and the Mayo Clinic in Florida, together with colleagues at Emory University and Arizona State University, have used cutting-edge technologies to see tau in unprecedented detail. By analyzing brain tissue from patients, this research team has revealed that modifications to the tau protein may influence the different ways it can misfold in a person's brain cells. These differences are closely linked to the type of neurodegenerative disease that will develop -- and how quickly that disease will spread throughout the brain. The study, published online on February 6, 2020 in Cell, employed two complementary techniques to map the structure of tau and decipher the effects of additional molecules, called post-translational modifications (PTMs), on its surface. These new structural insights could accelerate the fight against neurodegenerative diseases, by helping researchers identify new biomarkers that detect these disorders before symptoms arise and design new drugs that target specific PTMs, preventing the onset of disease before it wreaks havoc on the brain. The Cell article is titled “"Posttranslational Modifications Mediate the Structural Diversity of Tauopathy Strains." "Tau has long been a protein of significant interest due to its prevalence in disease," said Anthony Fitzpatrick, PhD, a Principal Investigator at Columbia's Mortimer B. Zuckerman Mind Brain Behavior Institute, who led the study.
Login Or Register To Read Full Story
Login Register