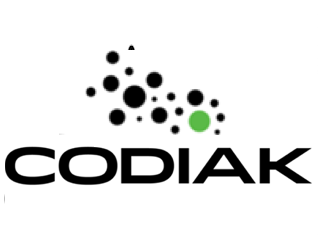 On October 1, 2020, Codiak BioSciences, Inc., a clinical-stage company focused on pioneering the development of exosome-based therapeutics as a new class of medicines, announced the initiation of patient dosing in its Phase 1/2 clinical trial of exoSTING. exoSTING is a novel exosome therapeutic candidate engineered with the company’s engEx Platform and designed to deliver Codiak’s proprietary STING (stimulator of interferon genes) agonist specifically to tumor-resident antigen-presenting cells (APCs) to locally activate the innate immune response. The trial, which will study exoSTING in solid tumors, is Codiak’s second human clinical trial and the second clinical development program the Company has initiated in the past month. “We are enormously proud to now have both of our lead candidates in the clinic, the result of years of engineering and manufacturing innovation and a significant step forward towards fulfilling our goal of pioneering the development of engineered exosomes as a new class of medicines for diseases with high unmet medical needs,” said Douglas E. Williams, PhD, CEO, Codiak. “With exoSTING, the data from our in vitro and in vivo preclinical studies support our desired product profile, demonstrating that we can achieve targeted engagement of the STING pathway to potentially overcome the lack of cell specificity, tolerability, and limited single-agent antitumor activity associated with previous STING agonists.” exoSTING is an exosome therapeutic candidate engineered with Codiak’s engEx Platform to incorporate its proprietary STING agonist inside the lumen of the exosome, while expressing high levels of the exosomal protein, PTGFRN (prostaglandin F2 receptor inhibitor) (https://en.wikipedia.org/wiki/PTGFRN), on the surface.
Login Or Register To Read Full Story
Login Register