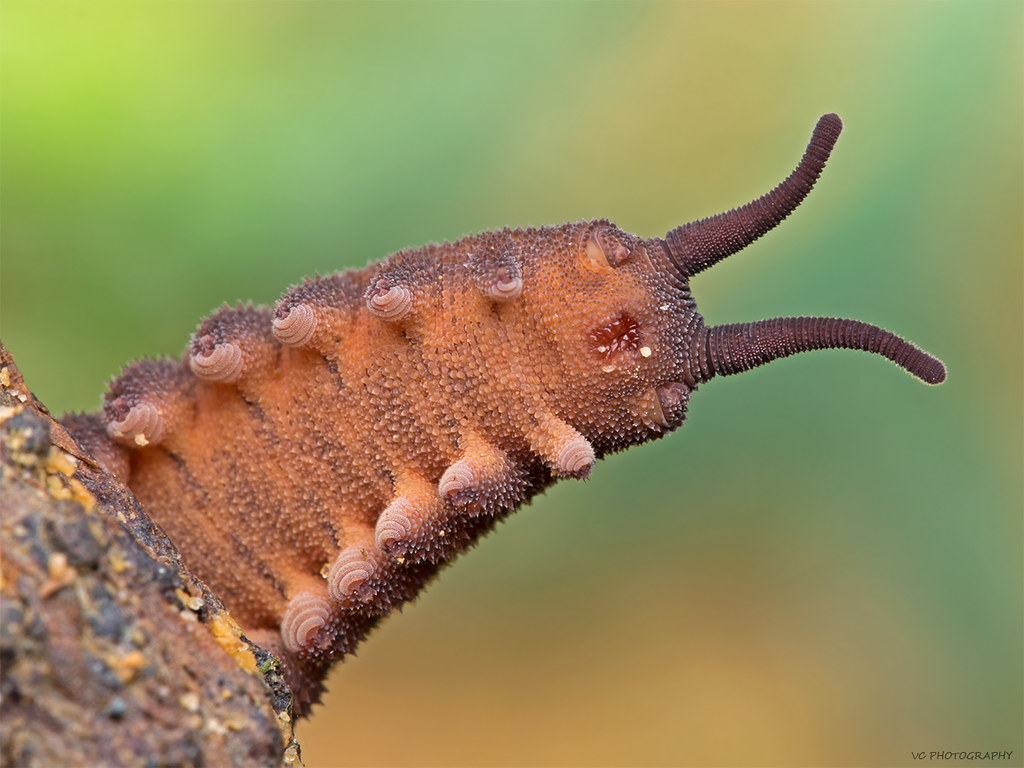 The velvet worm is a slow-moving, unassuming creature. With its soft body, probing antennae, and stubby legs, it looks like a slug on stilts as it creeps along damp logs in tropical climates. But it has a secret weapon. In the dark of night, when an unsuspecting cricket or termite crosses its path, the worm unleashes an instantaneous torrent of slime. Two fine jets of the gluey substance spray out of openings on its head, oscillating in all directions to cast a sticky net that entraps prey and stops it in its tracks. Captivated, so to speak, by the worm’s split-second attack, researchers from Harvard School of Engineering and Applied Sciences (SEAS) and from universities in Chile, Costa Rica, and Brazil have been studying the creature from all angles. How, they asked, does such a slow, neurologically simple worm execute such a rapid and perfectly aimed movement? By applying new insights from anatomy, mathematics, experimental physics, and fluid dynamics, they now have an answer—published online on March 17, 2015 in an open-access article in Nature Communications—and the findings could inspire new microfluidic devices. Imagine a large syringe equipped, at its narrow tip, with an elastic tube shaped like the neck of a bendy drinking straw. That is apparently the velvet worm’s slime-shooting apparatus, from its tail end—where the slime is produced and stored in a reservoir—to a pair of tiny nozzles called papillae on its head. Given this structure, a slow and gentle squeeze on the reservoir is all it takes to eject the slime with great speed and force. Most importantly, the shape and elasticity of the papillae ensure that as the slime exits, it sprays in all directions, like water gushing through a flailing garden hose. “The geometry of the system allows the worm to squirt fast and cover a wide area.
Login Or Register To Read Full Story
Login Register