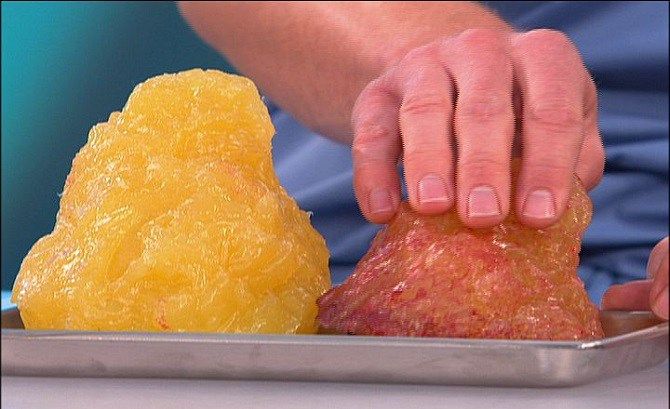 A certain proportion of the adult population has not only white adipose (or fatty) tissue (left), but also the brown kind (right). This brown adipose tissue helps to convert sugar and fat into heat. People with brown adipose tissue are better at regulating their body temperature in the winter, and are less likely to suffer from excess weight or diabetes. An international team of researchers led by Dr. Christian Wolfrum, Professor for Translational Nutritional Biology at ETH Zurich, has now discovered that the statin class of pharmaceuticals reduces the formation of brown adipose tissue. The article was published online on December 20,2018 in Cell Metabolism. It is titled “Inhibition of Mevalonate Pathway Prevents Adipocyte Browning in Mice and Men by Affecting Protein Prenylation.” Statins are prescribed as a way to reduce the risk of a heart attack because they reduce cholesterol levels in the blood. They are among the most commonly prescribed drugs worldwide. Dr. Wolfrum and his colleagues have been researching brown adipose tissue for many years. They looked into the question of how "bad" white fat cells, which form the layer of fat under our skin, become "good" brown fat cells. Having conducted cell culture experiments, they found out that the biochemical pathway responsible for producing cholesterol plays a central role in this transformation. They also discovered that the key molecule regulating the transformation is the metabolite geranylgeranyl pyrophosphate. Earlier studies showed that the cholesterol biochemical pathway is also central to the functioning of statins; one of their effects is to reduce the production of geranylgeranyl pyrophosphate. This is why the researchers wanted to know whether statins also impact the formation of brown adipose tissue.
Login Or Register To Read Full Story
Login Register