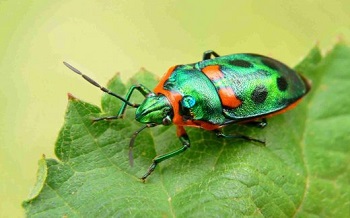 Scientists at Benaroya Research Institute (BRI) at Virginia Mason have made an unexpected discovery that overturns a long-standing belief in the biological sciences. Research, led by Chris Amemiya, Ph.D., a member at BRI, and primarily conducted by Joyce Tang, was published online on March 12, 2015 in Current Biology. The research demonstrates that chitin, a molecule that was previously thought to be absent in vertebrates and that has been shown to trigger an allergy/immune reaction in mammals, is endogenously produced in fishes and amphibians. "Based on our observations, it is clear that vertebrates probably use chitin in very different ways than invertebrates or fungi," noted Dr. Amemiya. "Our hope is that by studying the biological roles of chitin in vertebrates, we will uncover broad generalizable principles, thereby allowing us to extend its use in biomedical and practical applications." Chitin is primarily known as a molecule that forms hard structures like fungal cell walls and the exoskeletons of invertebrates such as insects (image) and crustaceans. It is a polymer made up of many repeating units of a sugar called N-acetylglucosamine, is naturally produced in many organisms, and forms a strong and pliable material that is made even stronger when complexed with other materials (such as proteins and minerals) to form the protective outer shells of insects and crustaceans. The general belief that vertebrates lack chitin was largely based on the presumed absence within vertebrate genomes of a gene called chitin synthase, whose activity is necessary to produce chitin. However, upon closer examination of many vertebrate genomes, the Amemiya laboratory identified fish and amphibian genes that strongly resembled chitin synthase genes found in insects.
Login Or Register To Read Full Story
Login Register