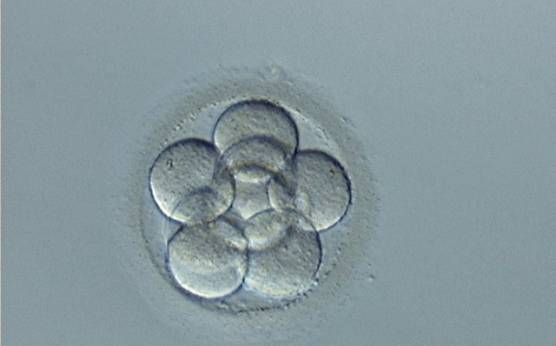 Chinese scientists have identified the crucial factor that activates gene expression in human embryos, bringing them one step closer to explaining the mystery of human development at a very early embryonic stage, according to a paper published in the March 22, 2018 issue of Cell. The article is titled “Chromatin Accessibility Landscape in Human Early Embryos and Its Association with Evolution.” Human life begins from a fertilized egg. However, in the first two days after fertilization, almost no genes are expressed in human embryos. Previously scientists did not know how genomes become active and start gene expression in early embryos. "What activates gene expression? The puzzle has been troubling scientists around the world for a long time. We were the first to find it," said Dr. Liu Jiang, senior author of the paper. During human growth, different genes must be expressed at the right time and right place. The genetic code stored in DNA is "interpreted" by gene expression, which gives rise to all the particular features of an individual. A team from Beijing Institute of Genomics, Chinese Academy of Sciences (CAS), led by Dr. Liu, together with a group from the Center for Reproductive Medicine, Shandong University, under Dr. Chen Zijiang, and a group from Guangzhou Medical University under Dr. Liu Jianqiao, found that Oct-4, a transcriptional factor, plays a crucial role in activating zygotic genome expression. In the first two days, a human zygote will grow into eight cells after three cell divisions. Once the embryo has eight cells, it will generate a sufficient amount of Oct-4, which will directly bind with DNA and switch on the gene expression, Dr. Liu said. The research also found that genome activation follows a particular sequence.
Login Or Register To Read Full Story
Login Register