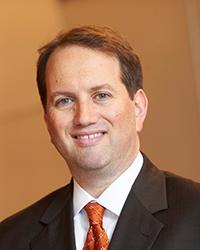 Defects in a key gene (EMSY) - long thought to drive cancer by turning off the protection afforded by the well-known BRCA genes - spur cancer growth on their own, according to a study led by researchers from NYU Langone Medical Center. The studied gene, known as EMSY, has some of the same functions as BRCA1 and BRCA2, which are known to protect against breast and ovarian cancer when normal. When defective, BRCA genes block the body's self-defense against cancer-causing genetic mistakes. The new study, published online January 13, 2017 in Oncotarget, helps to explain why some women with healthy BRCA1 and BRCA2 genes develop cancer. The findings may also expand treatment options for the roughly 11 percent of women with breast and ovarian cancer and normal BRCA genes, say the study authors. "Now that we know exactly how changes in EMSY spur cancer cell growth, we can start to design therapies to specifically target that activity and hopefully stop it," says senior author Douglas Levine (photo), M.D., Director of the Division of Gynecologic Oncology at NYU Langone and its Perlmutter Cancer Center. The Oncotarget article is titled “The EMSY Threonine 207 Phospho-Site Is Required for EMSY Driven Suppression of DNA Damage Repair.” "This work also suggests that treatments that work for patients with BRCA1 or BRCA2 mutations might also be effective against EMSY-driven cancers because the disease mechanism is similar," says first study author Petar Jelinic, Ph.D., a research assistant professor at NYU Langone. "The best way to go rapidly from bench to bedside is to find new ways to use existing treatments." When normal, EMSY, BRCA1, and BRCA2 give the body's cells instructions to create proteins that help to repair DNA damage that can cause cancer. When those genes are altered, the repair process fails and cancer grows.
Login Or Register To Read Full Story
Login Register