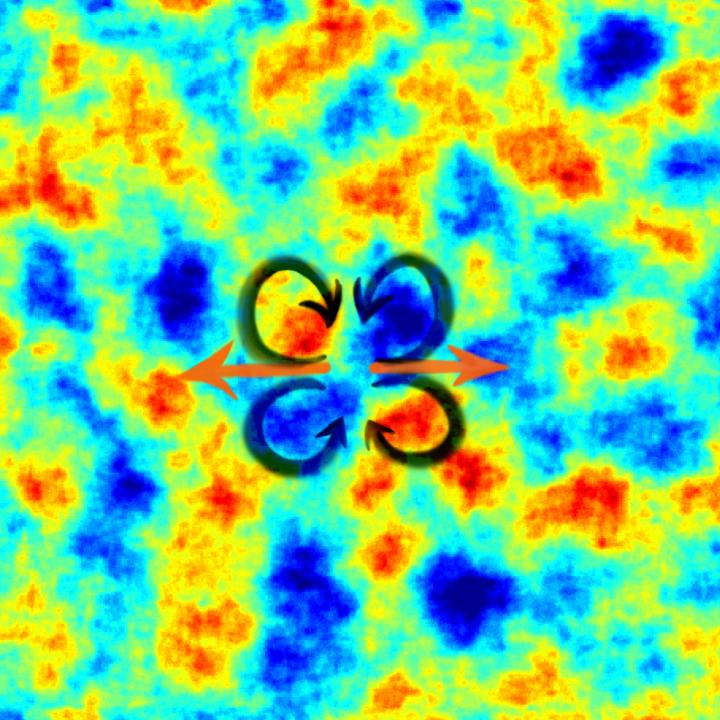 A layer of cells called endothelial cells lines the interior of blood vessels. When blood flows through the vessels, such the endothelial cells only divide to replace dead cells. However, if there is a blood clot preventing blood from flowing across the endothelial cells, they begin to divide more actively. New research from the Niels Bohr Institute in Denmark demonstrates that cell division is a very orderly process. The new cells move away from each other and create a dynamic movement with eddies in a large area. This presumably helps to widen the vessel around the blockage. The results were published online on December 8, 2014 in Nature Communications. Living tissue is unlike other materials in that it is comprised of cells with a metabolism and the ability to divide and renew themselves. Normally, in an adult body, cells only divide to form new cells to replace old, dead cells. But if there are abnormal conditions, the body can begin to form extraordinary new cells. "If, for example, there is a blood clot blocking the flow of blood across the innermost layer of the endothelial cells, they begin to actively divide. But what happens in the tissue? How do the newly formed cells move in relation to each other - and which mechanisms control their movements? This is what we wanted to investigate," explains biophysicist Dr. Lene Oddershede, head of the research group Optical Tweezers at the Niels Bohr Institute at the University of Copenhagen. The researchers investigated the dynamics of new cell formation in a layer of endothelial cells where there was no liquid flowing over them. The investigations took place in a laboratory system that mimicked the conditions in an endothelial cell layer where a blood clot blocks the blood flow.
Login Or Register To Read Full Story
Login Register