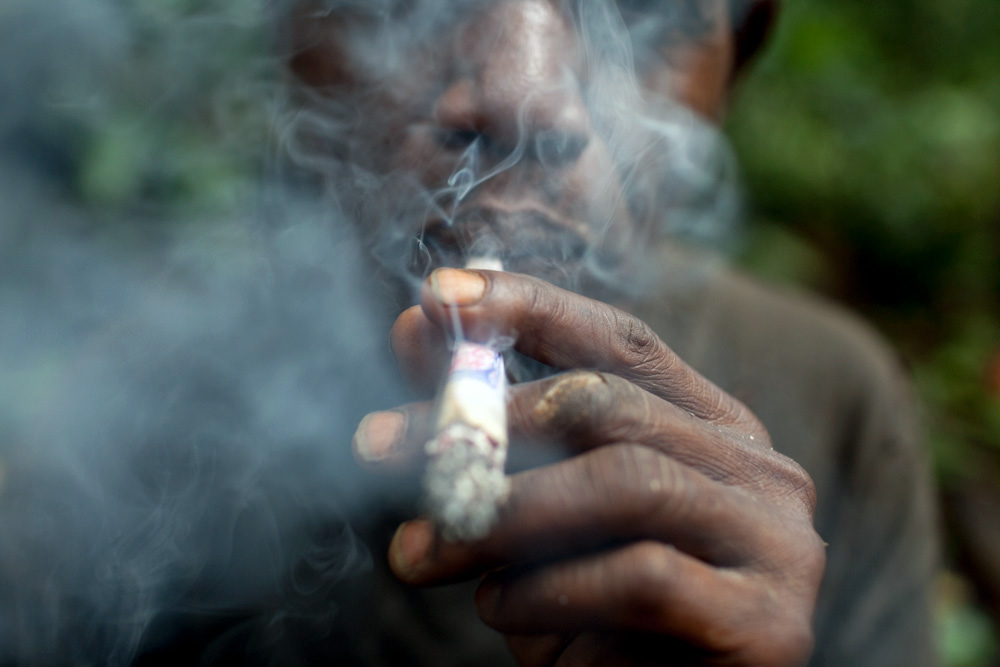 In a population of Congo Basin foragers called the Aka, better known as “pygmies,” 67% of men—but only 6% of women—use cannabis, and the practice seems to protect against infection with parasitic worms. The large sex difference, which is also seen in tobacco use, might be a consequence, in part, of women's avoidance of potentially toxic substances during childbearing years. The results provide evidence of a link between parasite infection and drug use, two of the developing world's great health problems, and they highlight the need for more research on the high rate of substance use in Aka men. “Recreational drug use is rarely studied in hunter gatherers. We’re intrigued by the possible link between cannabis use and parasitic worms, which resembles the self-medication behavior seen in numerous species,” said Dr. Edward Hagen, Department of Anthropology, Washington State University, and senior author of the American Journal of Human Biology open-access study, which was published online on May 29, 2015. “We need to be cautious, though, in generalizing from one study in a unique population to other populations.” The AJHB article is titled “High Prevalence of Cannabis Use among Aka Foragers of the Congo Basin and Its Possible Relationship to Helminthiasis.” The researchers noted that cannabis might not be the only recreational drug that protects against parasites. “Our previous research showed that tobacco use also seems to protect against parasitic infection, and many other recreational drugs contain antiparasitic compounds,” said first author Dr. Casey Roulette, also from Washington State University. The two additional authors, Dr. Mirdad Kazanji and Dr. Sébastien Breurec, are from the Institute Pasteur, Bangui, Central African Republic.
Login Or Register To Read Full Story
Login Register