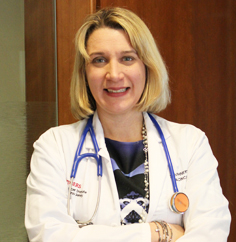 Early results show that a new combination drug therapy is safe and effective against advanced melanoma in patients who were not able to have their tumors surgically removed. The drug combination is among the first, researchers say, to demonstrate the potential value of a live common cold virus, a coxsackievirus, to infect and kill cancer cells. The Phase I study, led by a researcher at New York University (NYU) Langone Health and its Perlmutter Cancer Center, is also among the first to show how such oncolytic viruses can safely boost the action of widely used cancer therapies that help the body's immune defense system detect and kill cancer cells. Currently, such immunotherapies are only effective in shrinking melanoma tumors in just over a third of patients who receive them. The new study results showed that injections of experimental coxsackievirus drug V937, along with pembrolizumab, an immunotherapy drug known as pembro or Keytruda, were well tolerated. Moreover, the combined treatment shrank melanoma tumors in nearly half (47 percent) of 36 men and women who received the therapy every few weeks for at least two years. Researchers say most side effects, such as rash and fatigue, were minimal, while 13 patients (36 percent) had serious immune reactions in the liver, stomach, or lungs, not unlike side effects that are known to happen with pembrolizumab alone. Presented on April 10 at the virtual annual meeting of the American Association for Cancer Research(AACR) 2021 (Week 1: April 9-14; Week 2: May 17-21) (https://www.aacr.org/meeting/aacr-annual-meeting-2021/), the study also showed that eight patients who received both drugs (22 percent) experienced complete remission, with no remaining signs of skin cancer.
Login Or Register To Read Full Story
Login Register