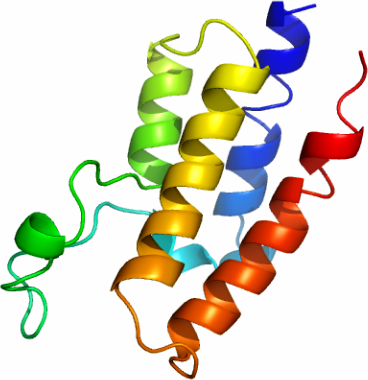 Testicular cancer is the most common malignant tumor disease in men between 20 and 40 years of age. It can usually be treated well. In some cases, however, the cancer hardly responds or does not respond at all to treatment. A substance that was originally destined to be an innovative contraceptive is offering new hope in these cases. The experimental drug with the cryptic name JQ1 blocks sperm maturation and was discussed to be a male contraceptive. Instead, it may be suitable for cancer therapy. JQ1 belongs to a new class of drugs (bromodomain inhibitors) with far-reaching abilities: its members fundamentally influence which genes in the cell are active and which are not. The hereditary material DNA is similar to an extremely long strip of Morse code, on which the assembly instructions for the cellular molecules are found. To fit into the cell nuclei, this strip of Morse code is wrapped around small protein balls at regular intervals - the histones. Histones and DNA together resemble a string of pearls. However, the histones do not only play a structural role. They also feature chemical tags - called methyl or acetyl groups. These tags signal to the synthesis machinery in the cell whether the strip of Morse code should be read at this point or not. "JQ1 inhibits those proteins that read these histone marks and thus changes the gene activity in the cell," explains Professor Hubert Schorle from the Institute for Pathology at the University of Bonn in Germany. The cancer cells are very sensitive to these changes: they activate a suicide program, called apoptosis. "In a testicular cancer mouse model, the tumors began to shrink after administering JQ1," explains the lead author of the study, Dr. Sina Jostes.
Login Or Register To Read Full Story
Login Register