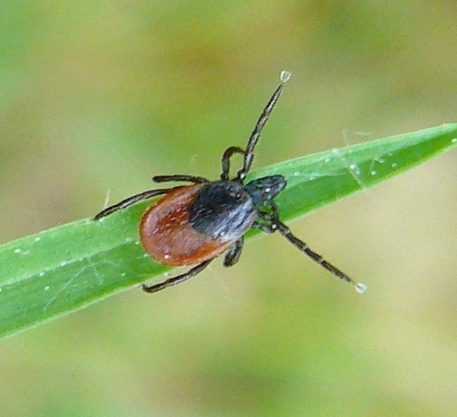 Tick-borne encephalitis (TBE) is a disease just as nasty as it sounds. Once bitten by an infected tick, some people develop flu-like symptoms that resolve quietly but leave behind rampant neurological disease—brain swelling, memory loss, and cognitive decline. Cases are on the rise in Central Europe and Russia with some 10,000 incidents reported each year. Vaccines can provide protection, but only for a limited time. There is no cure. Now a new study, published online on April 8, 2021 in the Journal of Experimental Medicine, describes antibodies capable of neutralizing the TBE virus transmitted by tick bites. These so-called broadly neutralizing antibodies have shown promise in preventing TBE in mice and could inform the development of better vaccines for humans. Further, preliminary results suggest that the antibodies may not only prevent TBE, but even treat the condition, as well as the disease caused by the related Powassan virus emerging in the United States and perhaps also other tick-borne viral diseases. The open-access article is titled “Broad and Potent Neutralizing Human Antibodies to Tick-Borne Flaviviruses Protect Mice from Disease” (https://rupress.org/jem/article/218/5/e20210236/211958/Broad-and-potent-neutralizing-human-antibodies-to). Lead author Marianna Agudelo and colleagues in the laboratory of Rockefeller’s Michel C. Nussenzweig, MD, PhD, examined nearly 800 antibodies obtained from individuals who had recovered from TBE or had been vaccinated to prevent infection. The most potent antibodies, designated VH3-48, turned out to be best suited to fend off future infections.
Login Or Register To Read Full Story
Login Register