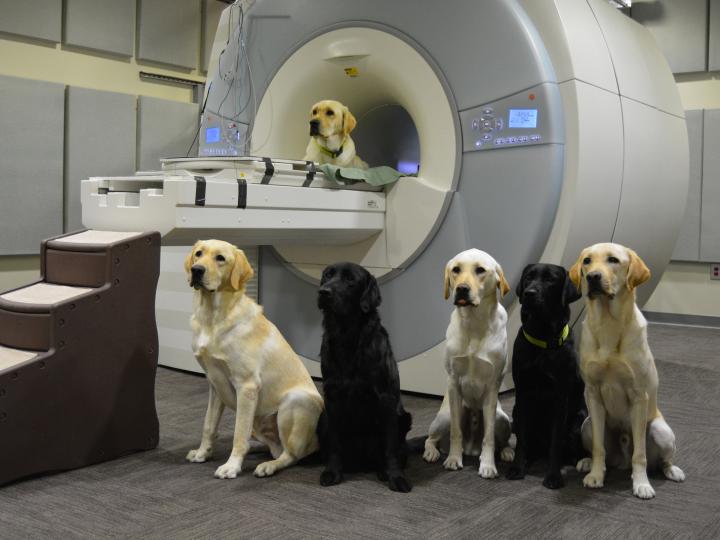 Brain scans of canine candidates to assist people with disabilities can help predict which dogs will fail a rigorous service training program, a study by Emory University finds. The journal Scientific Reports published the results of the study, involving 43 dogs that underwent service training at Canine Companions for Independence (CCI) (http://www.cci.org/) in Santa Rosa, California. The open-access article, titled “Functional MRI in Awake Dogs Predicts Suitability for Assistance Work,” was published on March 7, 2017 (http://www.nature.com/articles/srep43704). "Data from functional magnetic resonance imaging (fMRI) provided a modest, but significant, improvement in the ability to identify dogs that were poor candidates," says Emory neuroscientist Dr. Gregory Berns, who led the research. "What the brain imaging tells us is not just which dogs are more likely to fail, but why." All of the dogs in the study underwent a battery of behavioral tests showing that they had a calm temperament before being selected for training. Despite calm exteriors, however, some of the dogs showed higher activity in the amygdala - an area of the brain associated with excitability. These dogs were more likely to fail the training program. "The brain scans may be like taking a dog's mental temperature," Dr. Berns says. "You could think of it as a medical test with a normal range for a service dog. And the heightened neural activity that we see in the amygdala of some dogs may be outside of that range, indicating an abnormal value for a successful service dog." The findings are important, he adds, because the cost of training a service dog ranges from $20,000 to $50,000. As many as 70 percent of the animals that start a six-to-nine-month training program have to be released for behavioral reasons.
Login Or Register To Read Full Story
Login Register