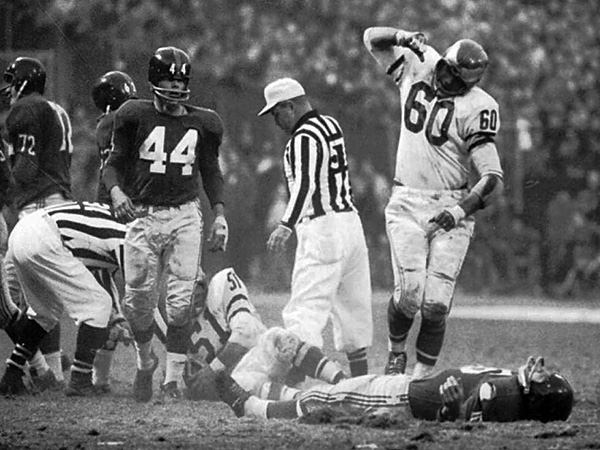 Nearly every former National Football League (NFL) player (110 of 111) who played at least one regular season game and whose brain then was donated for research was diagnosed post-mortem with chronic traumatic encephalopathy (CTE). Among former college football players, those numbers were slightly less, at 91 percent. The findings of the largest CTE case series ever published, which appeared today (July 25, 2017) in the Journal of the American Medical Association (JAMA), suggest that CTE may be related to prior participation in football and that a long duration of play may be related to substantial disease burden. The article is titled “Clinicopathological Evaluation of Chronic Traumatic Encephalopathy in Players of American Football.” CTE is a progressive degenerative disease of the brain found in athletes and others with a history of repetitive brain trauma, including symptomatic concussions as well as asymptomatic sub-concussive hits to the head. Although the incidence and prevalence of CTE is unknown, it has been diagnosed in former amateur and professional contact sport athletes, as well as military veterans. Given the millions of contact sport athletes and military service members exposed to repetitive head impacts each year, CTE has become a major public health concern.
Login Or Register To Read Full Story
Login Register