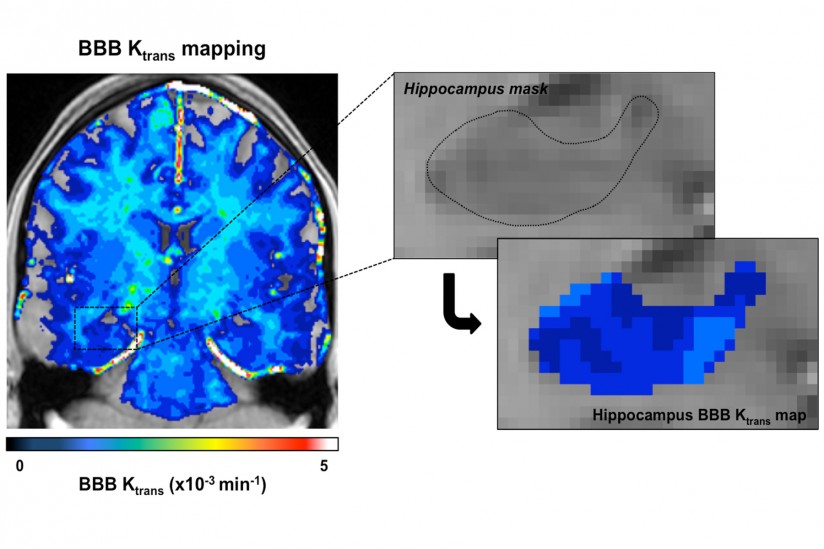 USC neuroscientists may have discovered another clue to preventing risks that can lead to Alzheimer’s disease. Researchers at Keck Medicine of USC used high-resolution imaging of the living human brain to show for the first time that the brain’s protective blood-barrier becomes leaky with age, starting at the hippocampus, a critical learning and memory center that is damaged by Alzheimer’s disease. The study indicates it may be possible to use brain scans to detect changes in blood vessels in the hippocampus before they cause irreversible damage leading to dementia in neurological disorders characterized by progressive loss of memory, cognition, and learning. The findings would have broad implications on conditions that will affect 16 million Americans over age 65 by 2050, according to the latest figures from the Alzheimer’s Association. The research appears in the January 21, 2015 edition of the peer-reviewed scientific journal Neuron. “This is a significant step in understanding how the vascular system affects the health of our brains,” said Dr. Berislav Zlokovic, Director of the Zilkha Neurogenetic Institute at the Keck School of Medicine of USC, holder of the Mary Hayley and Selim Zilkha Chair for Alzheimer’s Disease Research, and the study’s principal investigator. “To prevent dementias, including Alzheimer’s, we may need to come up with ways to reseal the blood-brain barrier and prevent the brain from being flooded with toxic chemicals in the blood. Pericytes are the gatekeepers of the blood-brain barrier and may be an important target for prevention of dementia.”
Login Or Register To Read Full Story
Login Register