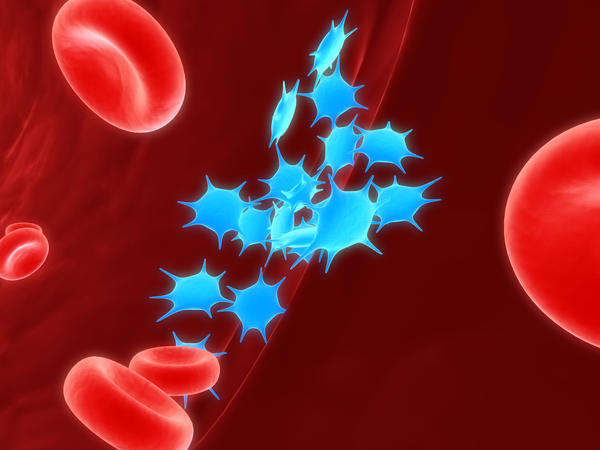 Researchers in the Netherlands have designed a different approach to the liquid biopsy. Rather than looking for evidence of cancer DNA or other biomarkers in the blood, their test (called thromboSeq) could diagnose non-small cell lung cancer with close to 90% accuracy by detecting tumor RNA absorbed by circulating platelets, also known as thrombocytes. Non-small cell lung cancers make up the majority of lung cancer cases. The research was published in the August 14, 2017 issue of Cancer Cell. The open-access article is titled “Swarm Intelligence-Enhanced Detection of Non-Small Cell Lung Cancer Using Tumor-Educated Platelets." "Ultimately, the aim of liquid biopsy-based cancer detection is to detect all cancers at once in an early stage; an all-in-one test," says first author Dr. Myron Best, a researcher at the Department of Neurosurgery of the VU University Medical Center in Amsterdam and the Cancer Center Amsterdam. "ThromboSeq might not only provide lung cancer diagnostics, but potentially any other tumor type as well, and may enable tumor-type stratification." Platelets are short-lived blood cells known to form blood clots in response to injury. However, platelets also respond to a range of inflammatory events and cancer. Because platelet cells don't have a nucleus of their own, all RNA found in platelets either comes from megakaryocytes (the cells that form platelets in bone marrow) or from RNA the platelets absorbed while circulating in blood. Platelets in a cancer-free person will contain a different compilation of RNA than platelets that interacted with a tumor, known as tumor-educated platelets.
Login Or Register To Read Full Story
Login Register