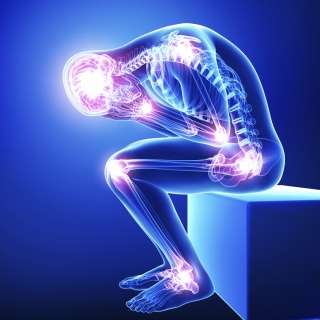 New research from King’s College London has revealed a previously undiscovered mechanism of cellular communication, between neurons and immune cells, in neuropathic pain. The authors, who published their findings online on November 24, 2017 in Nature Communications, identified a new method of treating neuropathic pain in mice, which could be more safe and effective than current treatments consisting of opioids and antiepileptic drugs. The open-access article is titled “Exosomal Cargo Including MicroRNA Regulates Sensory Neuron To Macrophage Communication After Nerve Trauma.” Neuropathic pain is a type of chronic pain that is usually caused by an injury to nerves, but the pain persists long after the injury has healed. Neuropathic pain may occur after surgery or a car accident, or in some cases when a limb has been amputated. Currently, the only available drugs for neuropathic pain are either opioids or antiepileptic medication. Opioids, like morphine and tramadol, are highly addictive and the National Health Service (England, Scotland, Wales) have recently raised concerns about prescription of these drugs, due to opioid overdoses more than doubling in the last decade. In the US, an opioid “epidemic” has recently been declared due to the rising number of deaths linked to these drugs. In contrast, antiepileptic medication is not addictive but is often accompanied by a whole host of unpleasant side effects such as dizziness, fatigue, nausea, and weight gain. However, people with neuropathic pain have very little choice when it comes to other treatment options because the cause of neuropathic pain is so poorly understood.
Login Or Register To Read Full Story
Login Register