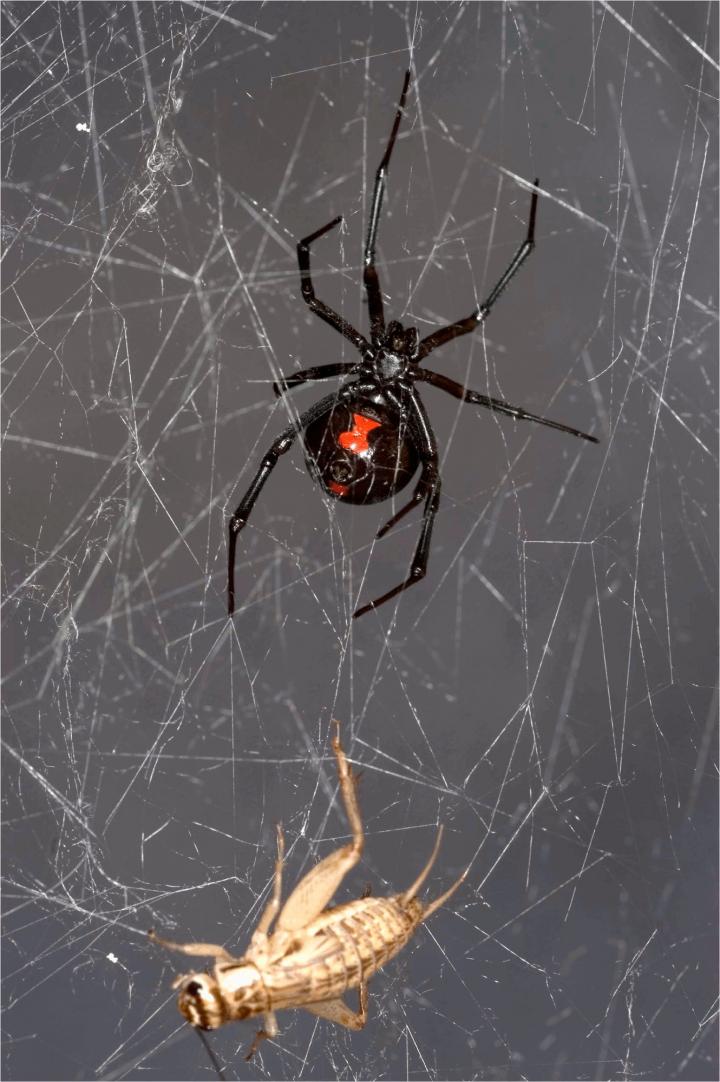 Scientists extracted DNA from spider webs to identify the web's spider architect and the prey that crossed it, according to this proof-of-concept study published on November 25, 2015 in the open-access journal PLOS ONE by Charles C. Y. Xu from the University of Notre Dame, and colleagues. The article is titled “Spider Web DNA: A New Spin on Noninvasive Genetics of Predator and Prey.” Noninvasive genetic sampling enables biomonitoring without the need to directly observe or disturb target organisms. The authors of this study used three black widow spiders fed house crickets to noninvasively extract, amplify, and sequence mitochondrial DNA from their spider web samples, which identified both the spider and its prey to the species level. The detectability of spider DNA did not differ between assays and spider and prey DNA remained detectable at least 88 days after living organisms were no longer present on the web. The authors suggest that these results may encourage further studies that could lead to practical applications in conservation research, pest management, biogeography studies, and biodiversity assessments. However, further testing of field-collected spider webs from more species and habitats is needed to evaluate the generality of these findings. Xu says: "Sticky spider webs are natural DNA samplers, trapping nearby insects and other things blowing in the wind. We see potential for broad environmental monitoring because spiders build webs in so many places." The image shows a Southern black widow spider (Latrodectus mactans) with its prey house cricket (Acheta domesticus) trapped in spider web. (Credit: Scott Camazine). [Press release] [PLOS ONE article]
Login Or Register To Read Full Story
Login Register