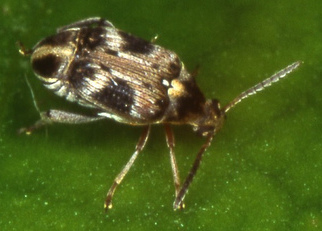 Contrary to common belief, mitochondrial genes seem to matter for how well individuals survive and reproduce. These new results are reported by researchers at Uppsala University who studied the genes of a common beetle species. Mitochondria are vital power plants of cells. They carry their own genes, which are inherited only through females, and these genes vary greatly between individuals. In the January 2014 issue of the prestigious scientific journal Ecology Letters, researchers from Uppsala University show for the first time that differences in the mitochondrial genes that individuals carry actually affect how well they survive and reproduce. It took the researchers two years to conduct the experiments, where they followed 180 populations of the seed beetle Callosobruchus maculatus (image) for more than 10 generations. The study was financed by the European Research Council and the Swedish Research Council and the results are based on gene sequence data from more than 2000 individuals. Remarkably, the authors found that individuals who carried rare mitochondrial genes were consistently those who did best. "This provides an explanation for why genetic variation is maintained. Much like a pendulum of a clock will never stop in either of the extreme sideway positions," says Professor Göran Arnqvist, one of the authors of the study. For decades, much biological research has rested on the assumption that different variants of the same mitochondrial gene are equivalent in terms of function of the gene. These genes have therefore been extensively used as a neutral "markers" that allow, for example, determination of the size of populations or reconstructions of the history of immigration into an area.
Login Or Register To Read Full Story
Login Register